Tangy peanut sauce atop Brussels Sprouts tacos. Add to this sweet potatoes and bacon and you have a match made in heaven.

At the end of February I was in New York city for a week. Knowing I was going to be there for four days of training plus a few more days for fun, I kept an eye on Instagram for great food places to try during my trip. One place I apparently missed was a taco place that had a special for February – Brussels Sprouts tacos.  Say what? 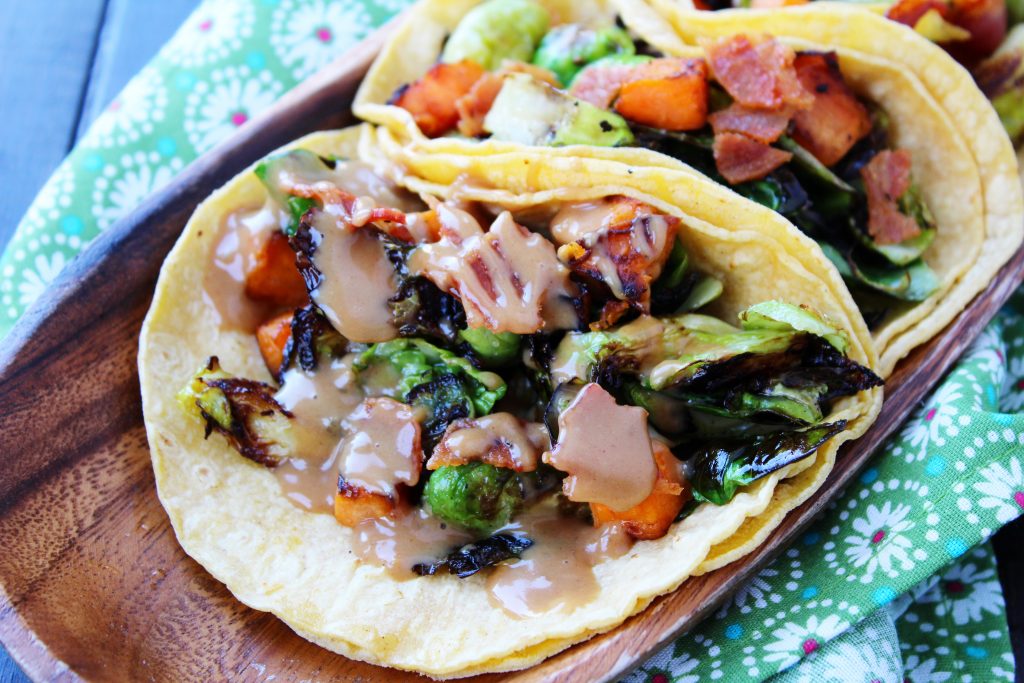 Now I love me some Brussels Sprouts. Roasted. Check. Fried. Double Check. Pizza. Check. Hash. Check. But in a taco? Never tried it. But as soon as I saw a picture of these bad boys on the Gram, I had to try them. There was no other option.

And let me tell you, it’s genius. I added my regulars of sweet potatoes and bacon because why not just throw the hash in a corn tortilla! I almost topped the taco with a fried egg but instead opted to try out a peanut sauce since it’s National Peanut Month! This tangy sauce was the perfect addition to these tacos. Now I have to go find other things to drizzle it on. 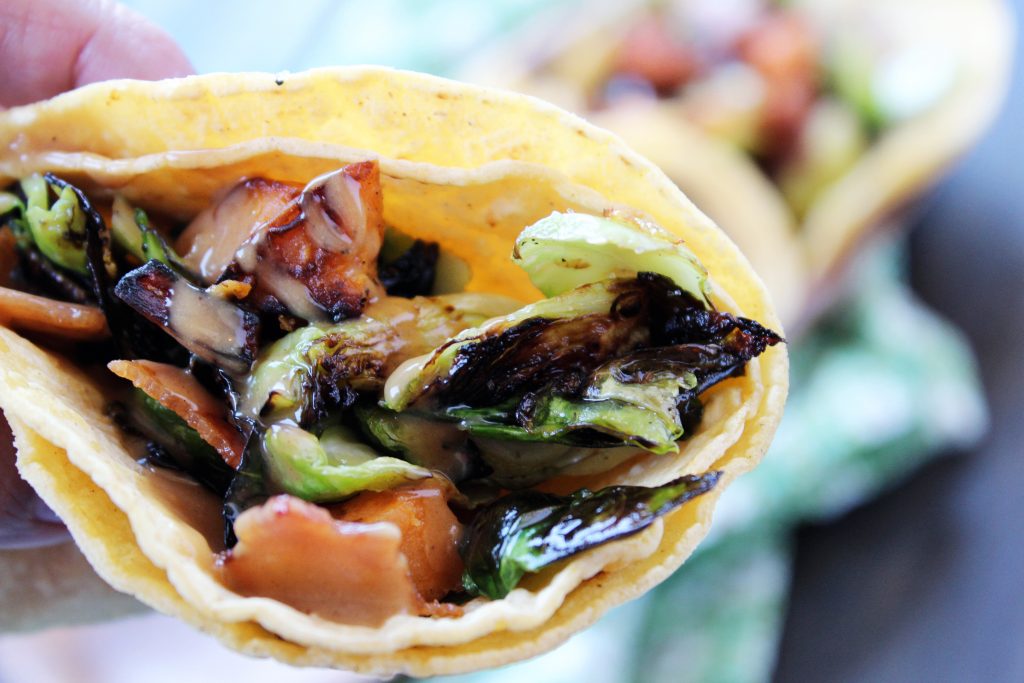 If you have ideas of what I can pair with Brussels Sprouts other than sweet potatoes, carrots, bacon and cranberries – let me know. I’m always up for more ideas!

And be sure and stay tuned to the blog because I’ll be sharing all the places I went and the foods I ate in New York city. My stomach is still full from all the foods. Even with all the walking, I’m still full. Plus I got sick once I got back home. Why does that always happen to me. Every. Single. Time. But I won’t stop traveling! Next up is New Mexico or Las Vegas. I can’t wait to see which one comes first! 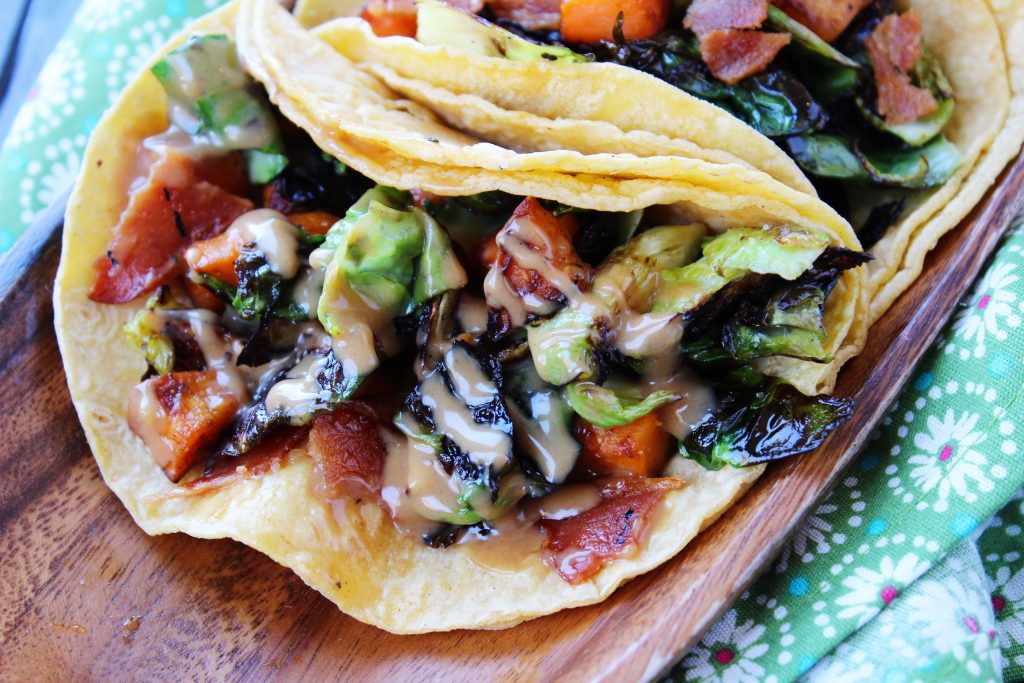 Tangy peanut sauce atop Brussel Sprouts tacos. Add to this sweet potatoes and bacon and you have a match made in heaven.

You can make two tacos or ten - just adjust the ingredients to how many you want to make. Sauce makes around 1 cup.