Cinnamon No-Churn Ice Cream is a simple, flavorful way to add a little goodness to your summer desserts.

It’s summer so you know what that means. No-churn ice cream.

I will be making so many different flavors this summer. This Cinnamon No-Churn Ice Cream came about because I need something for a peach cobbler I was making for my nephew and I to have with Sunday dinner.

Did you know that teenage boys eat a lot. Like constantly. When they’re not sleeping that is. My nephew had been planning to stay with me all summer but it’s turned into a week or two here and there with each of the kids. I’m so glad I’m getting to spend time with these kids before they’re off to college in another year. So if you don’t see me on this little space on the internet, just know I’m off enjoying time hugging on these kids and trying to be the best auntie out there. 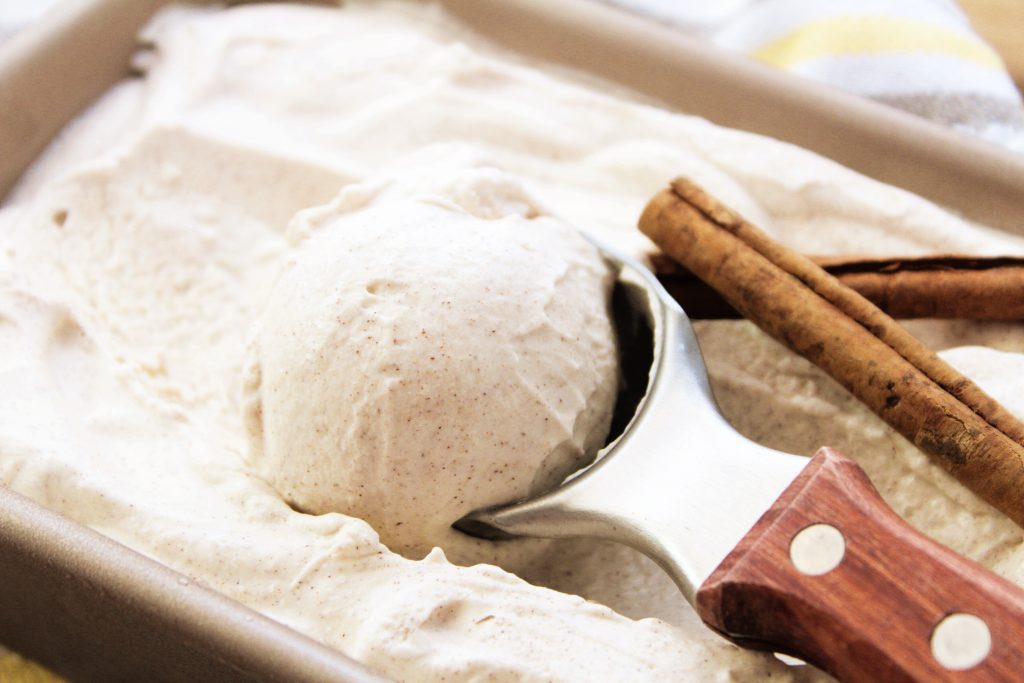 This ice cream is crazy easy to make. I made a couple of different flavors last year and now I just can’t stop myself from trying every flavor out there.

We had a little celebration at work so I took in the remaining ice cream to have with our cake. One coworker mistook it for cinnamon butter like from Texas Roadhouse. She said this is the ice cream version of that. O-tay. I’ll take that as a compliment.

Give it a try with some homemade peach cobbler.

Cinnamon No-Churn Ice Cream is a simple, flavorful way to add a little goodness to your summer desserts 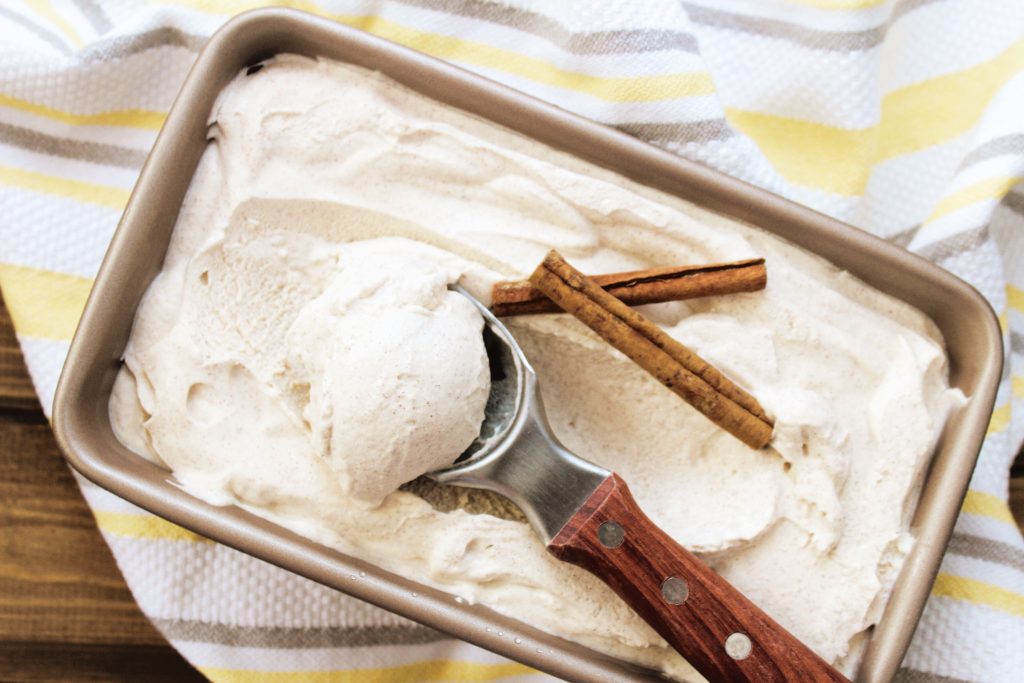