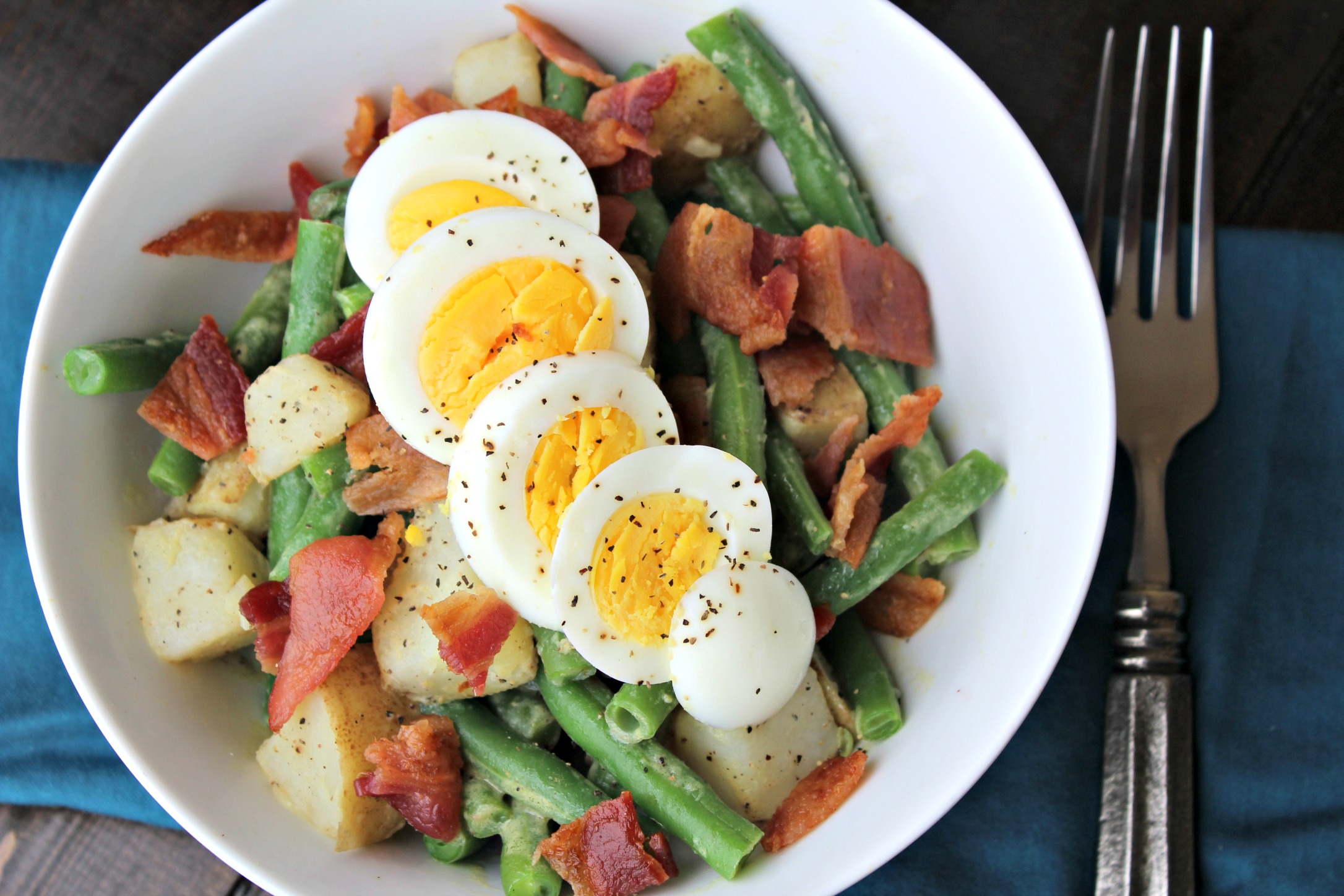 I went to the movies three times in the last week. At every viewing I had popcorn which isn’t bad but then I cheated on my eating healthier plan by scarfing down mozzarella sticks while watching Brooklyn. Have you seen the movie? It is wonderful. I cried my eyes out and was just touched by the entire film. It’s a definite must watch!

Anyway, after so much popcorn and cheese, I needed a heavy dose of something somewhat healthy. Sometimes your body just screams for greens. And potatoes. And bacon. And egg.

This Green Bean, Potato, Bacon and Egg Salad is light but can also be a meal in itself (for two).  It’s also a lighter version of my favorite salad at Saltgrass. 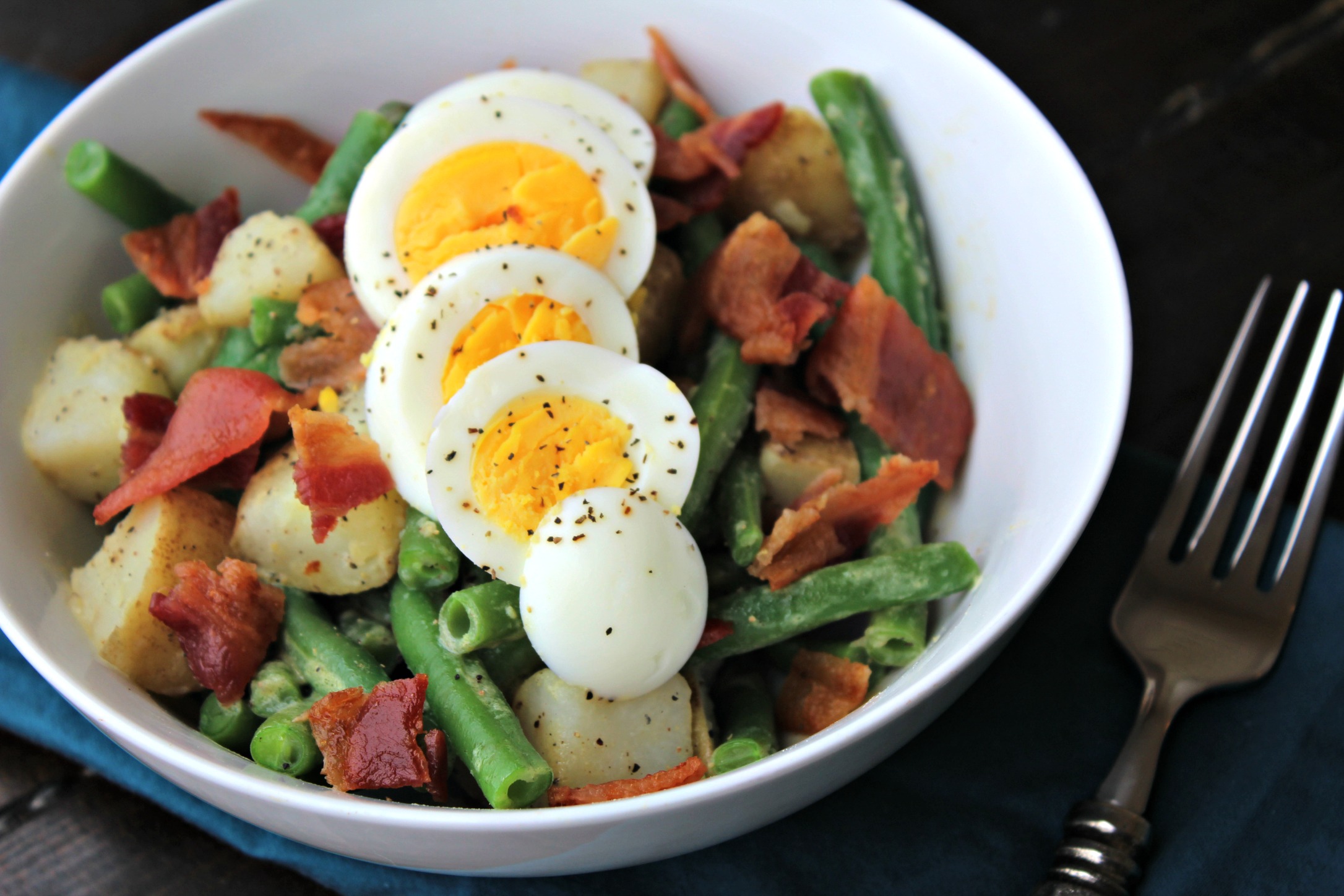 Place diced potatoes in a pot of boiling water and cook until fork tender.

Add Dijon mustard, red wine vinegar, and lemon juice into a small mason jar. Cover with lid and shake to mix together. Add oil, salt and pepper then close and mix to combine. Pour dressing over salad and toss.

Add slices of hard boiled egg on salad and season salad with salt and pepper. 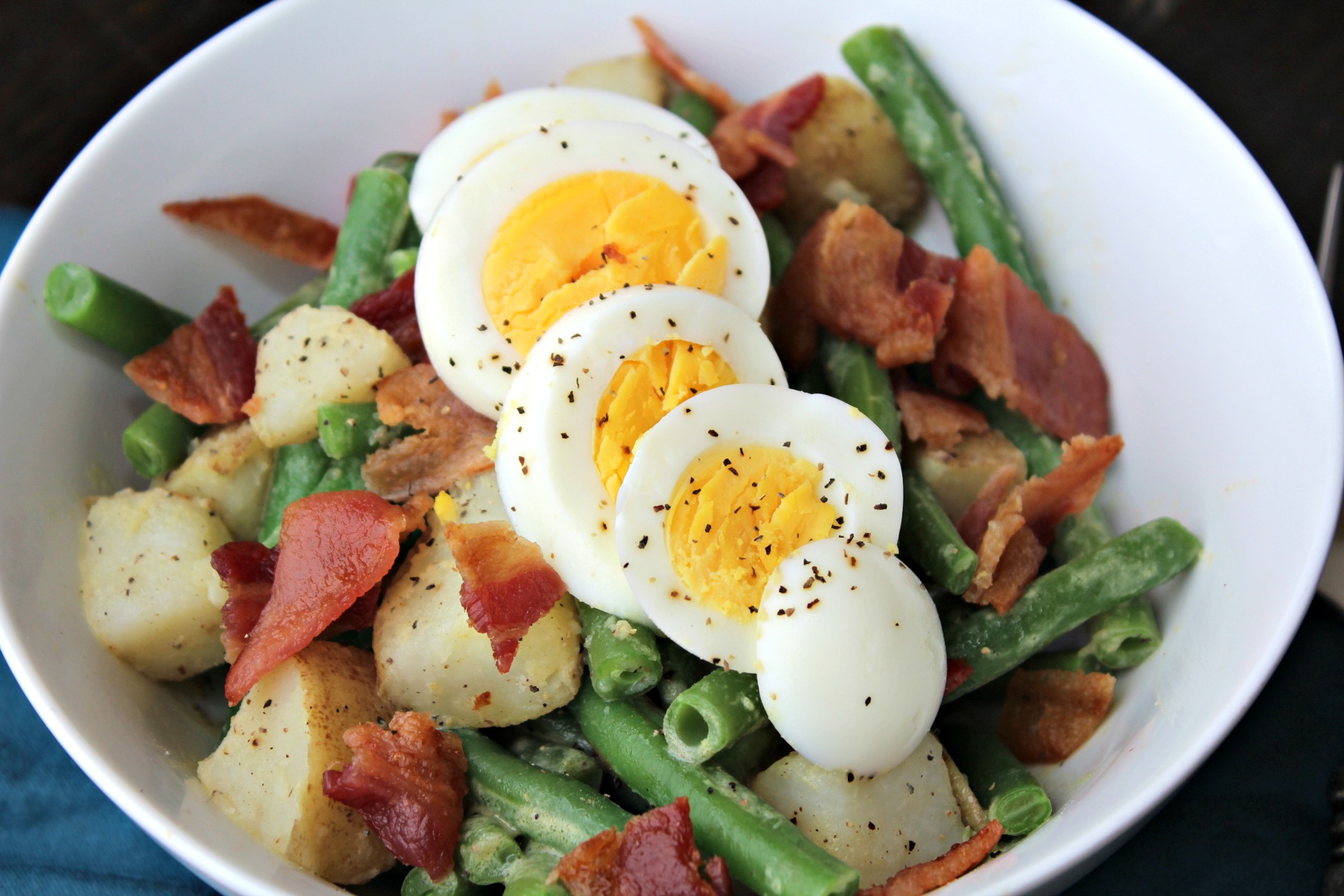 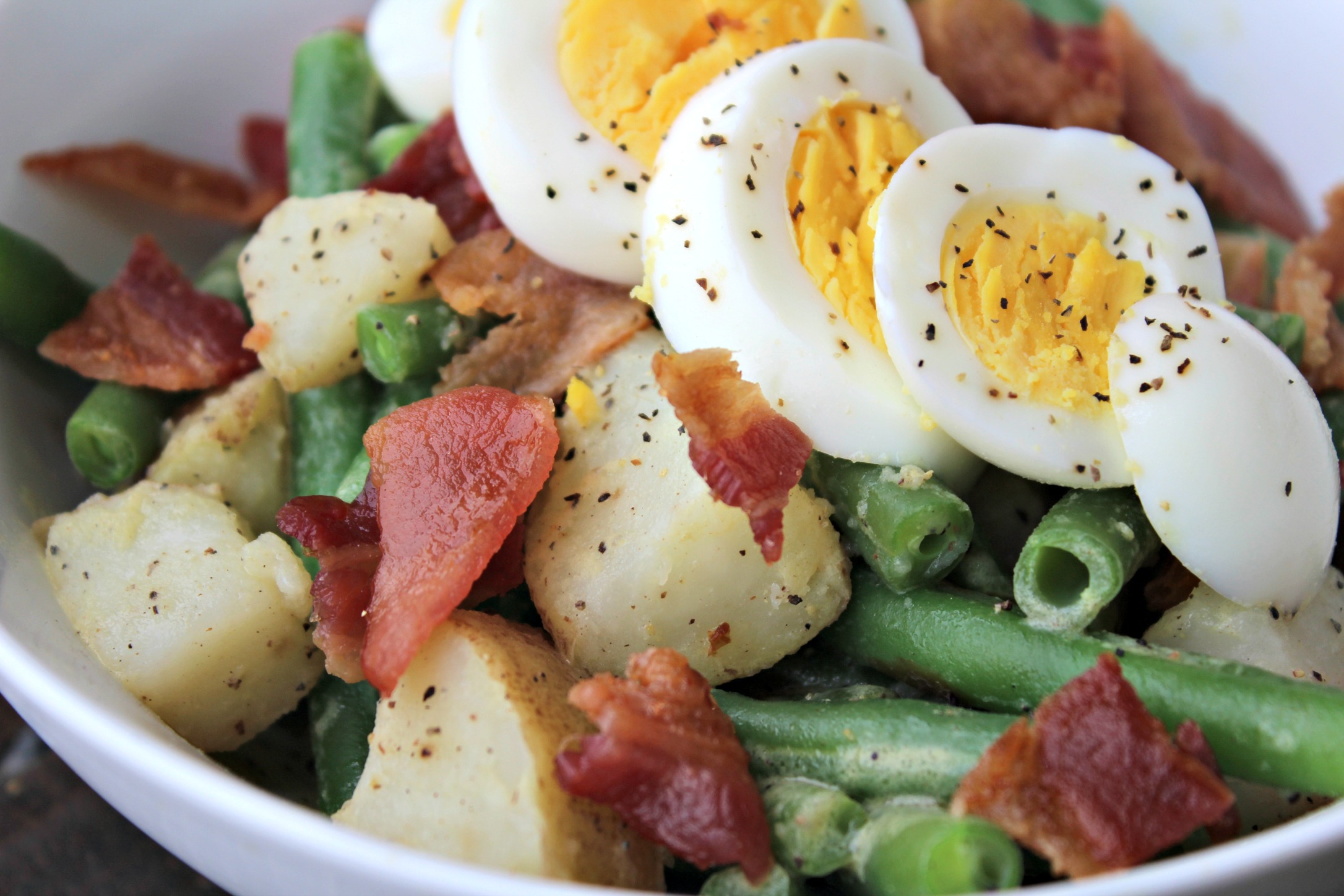 « Lemony Shrimp Scampi for One
Shrimp Fried Rice for One »