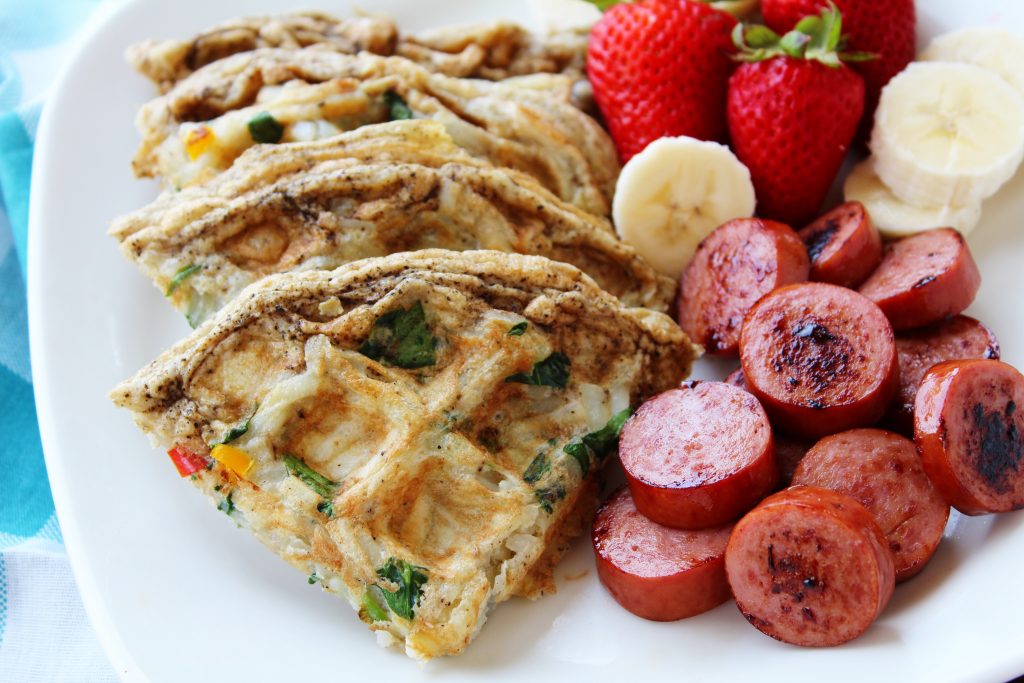 Today I’m sharing these Hash Brown Waffles that just came into my life. I first saw them on Instagram around Christmas last year. Is it just me or does this year seem to be going by fast. Maybe it’s my age but I feel like Christmas is going to be coming up soon again.

But before that is summer. And everyone is always trying to get in shape before summer. I am actually participating in a DietBet this month. It’s not my first try with this bet but I’m going to win it this time.

Weight Watchers is my go-to weight loss plan. I’ve been on and off it plenty of times but I’m finally sticking to the tracking portion. Before I’ve just said I’m on it but ate whatever I wanted as much as I wanted. {sigh} It helps that a co-worker/friend is also on it so we are able to encourage each other and talk points together. I really think weight loss is easier done when you have a support system.

I am always looking for inspiration on what to eat and new ideas so I’m not relying on the same old same old day after day. Instagram is my source of finding low point meals and inspiration from other Weight Watchers users. So many people have been sharing pictures of these Hash Brown Waffles that I just had to try it. I added some spinach and bell peppers to puff it up a little. The points were low (when you check the hash brown points) and the waffle was substantial.

This may be a weekend treat from now on. It’s simple to make and doesn’t take a lot of time. I can’t wait to add some bacon to it as well. Next time I will definitely add more spinach and bell peppers.

While the original recipe calls for 3 Tbsp of egg whites, I don’t use a carton of egg whites so I had a little overflow from the two egg whites that I used. It may have also been that I was trying to get a picture for Instagram while I was pouring. {Whoops} 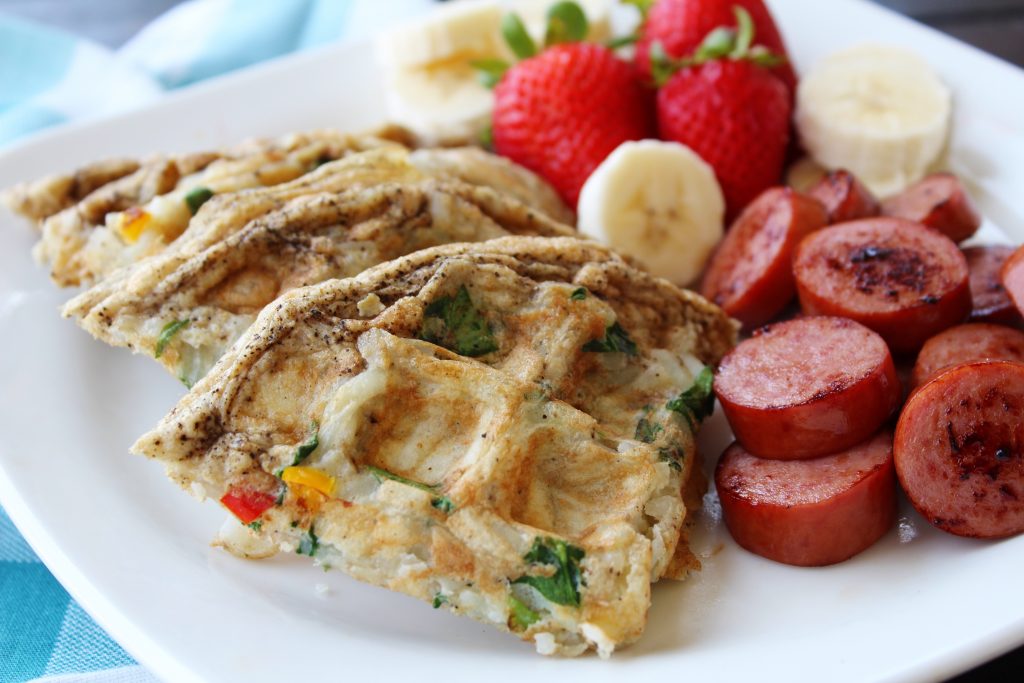