A creamy blend makes this Small Batch Bacon, Shrimp and Corn Chowder perfect any time of the year.

One of my most favorite things to eat in the summer is corn. Corn on the cob, corn off the cob, grilled corn, low country boil. You name it, and I want it. Hence this Small Batch Bacon, Shrimp and Corn Chowder.

But never did I think I would be craving chowder in the summer. But lo and behold there I was last weekend wanting that soup. So put my favorite things together and made you this recipe for Bacon, Shrimp & Corn Chowder in a small batch form. It’s almost like having a low country boil in chowder form. 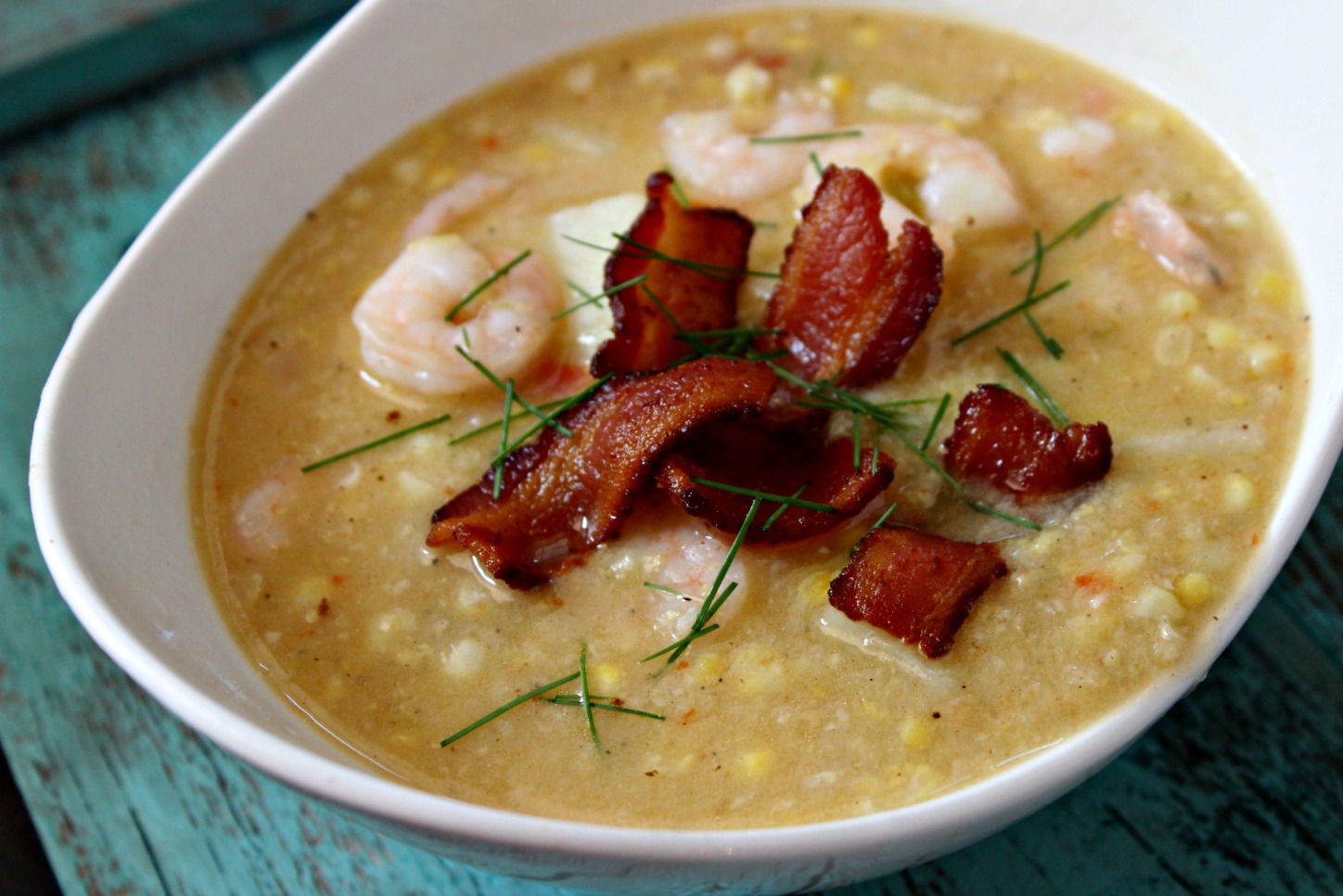 Yes, I know it’s a bajillion degrees outside but go ahead and turn down that air conditioner and turn on the ceiling fan. Get yourself chilly and pour yourself a bowl of this scrumptious chowder. You can’t go wrong when there’s bacon, shrimp, potatoes and the aforementioned corn off the cob. Am I right? 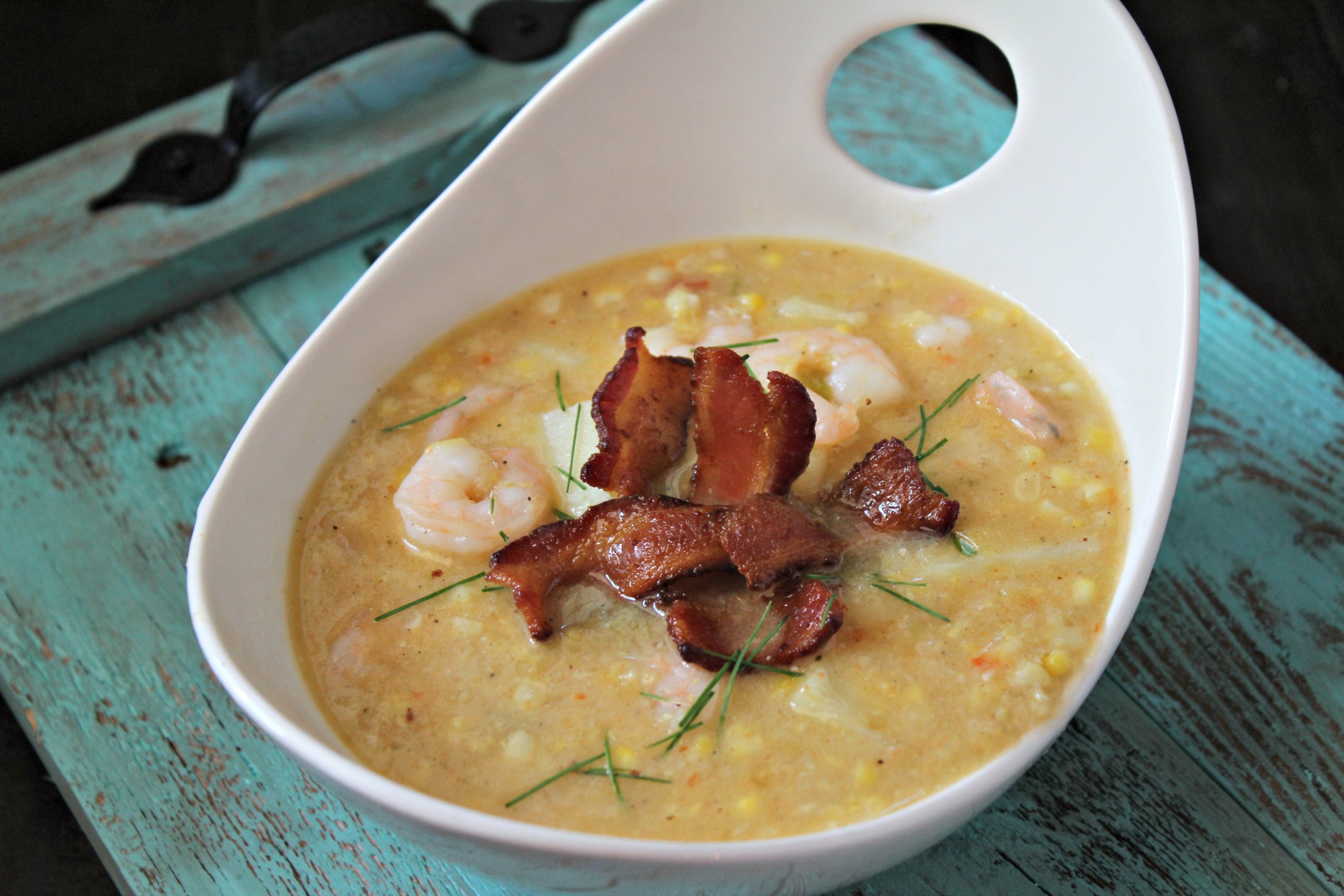 Take corn off the cob. Cut cobs in half and place in a large stockpot. Add room temperature water to the pot – enough to generously cover the cobs. Add garlic and season with salt and pepper. Bring to a boil. Reduce heat to simmer, cover and cook for 1 hour.

In a medium saucepan, fry bacon until crispy. Remove bacon and place on a paper towel covered plate to drain. Drain off bacon grease leaving 1 tablespoon in the pot. Add butter to the bacon grease and let melt. Add in onions and bell peppers. Sauté for 2 minutes.

Add flour to saucepan. Season with salt and pepper.  Whisk to combine. Cook for 1 minute then add in corn broth. Whisk to combine. Bring to a boil. Add in potatoes and bay leaves. Season with salt and pepper. Reduce heat to simmer and let cook for 20 minutes. Remove bay leaves. At this point you can leave it as is or use an immersion blender (*affiliate link) to make it a little creamier.

Add shrimp and let cook for 2-3 minutes or until shrimp turn pink and are cooked.

Serve with bacon and chives. 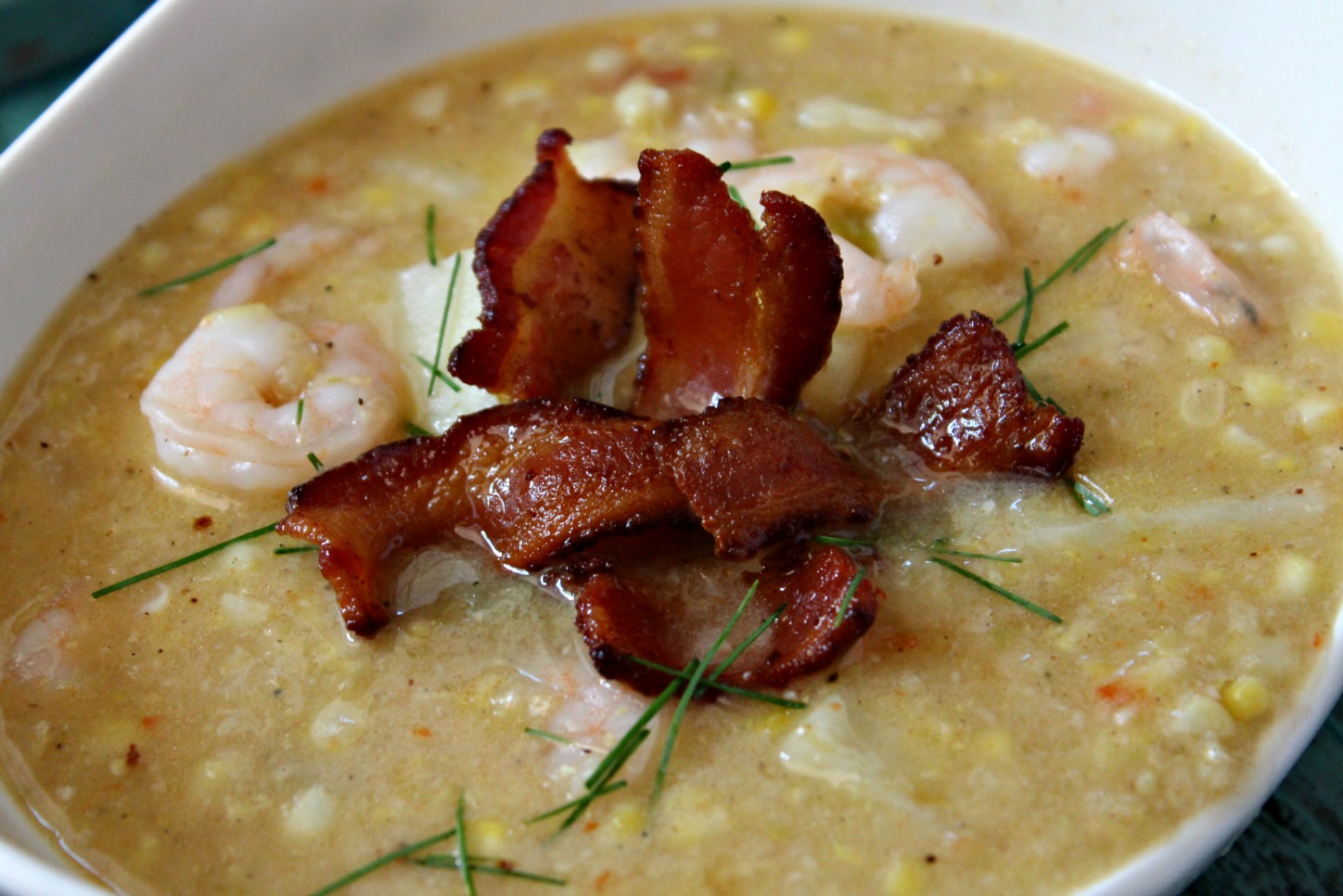 *An affiliate link is used for the Immersion Blender. Amazon will give me a teeny tiny commission if you use that link to purchase the immersion blender which helps the hosting costs for this website.*