Remember these 3-Ingredient meatballs I shared recently? Yeah, those little meatballs were so good but it was the sauce that just made it so spectacular.

So I made them again using what I had in the pantry – Bourbon BBQ Sauce and Peach Preserves. Even better! But I knew you wouldn’t want to see another meatball recipe so I traded them in for some pork. And then threw in some brown sugar and put it on a bun. Magnificent.

Seriously. I could drink the sauce by itself and I think I did at one point. Be prepared to smell the bourbon while it’s cooking though. Not that that’s a bad thing. 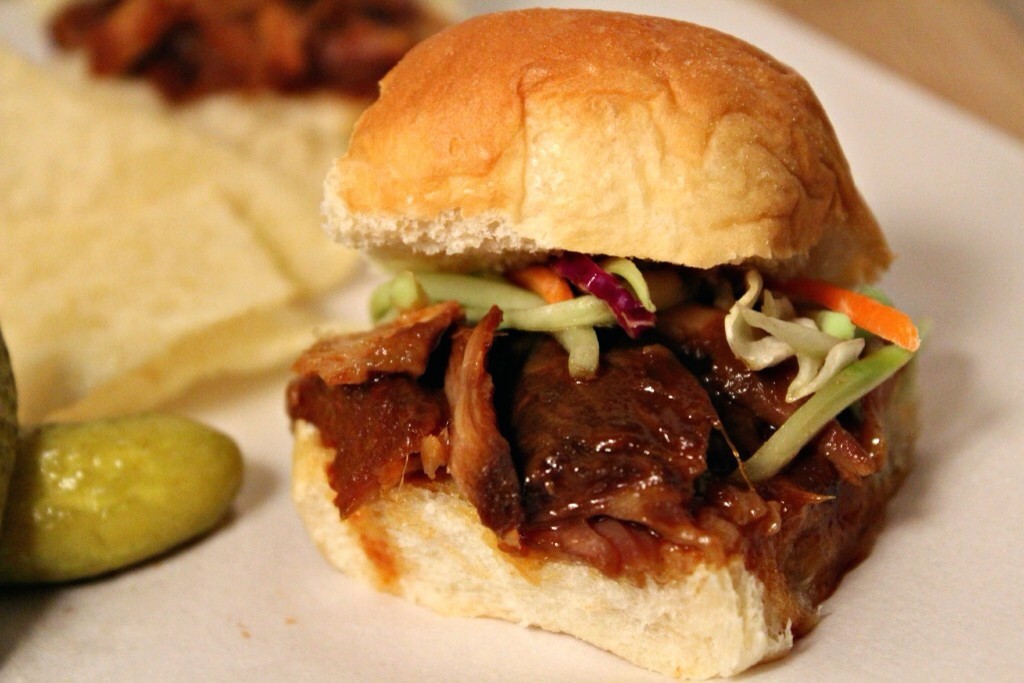 Mix together. Place pork on top of sauce and cover pork with sauce.

Cook on low for 7-8 hours. Shred meat and mix with sauce.

Serve on King’s Hawaiian rolls and with cabbage slaw mix. 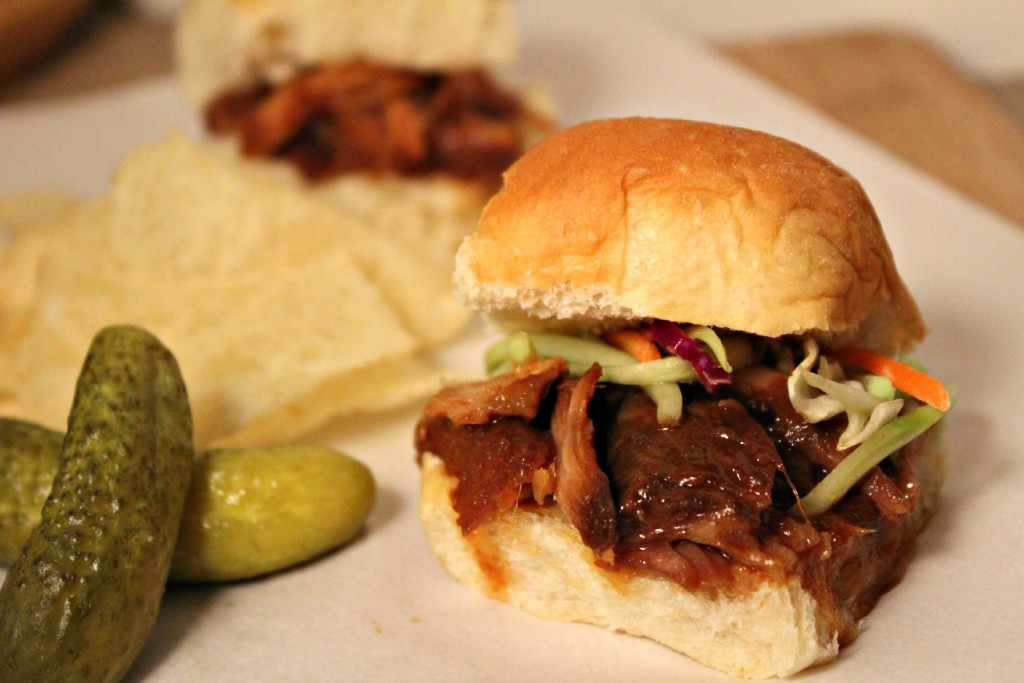 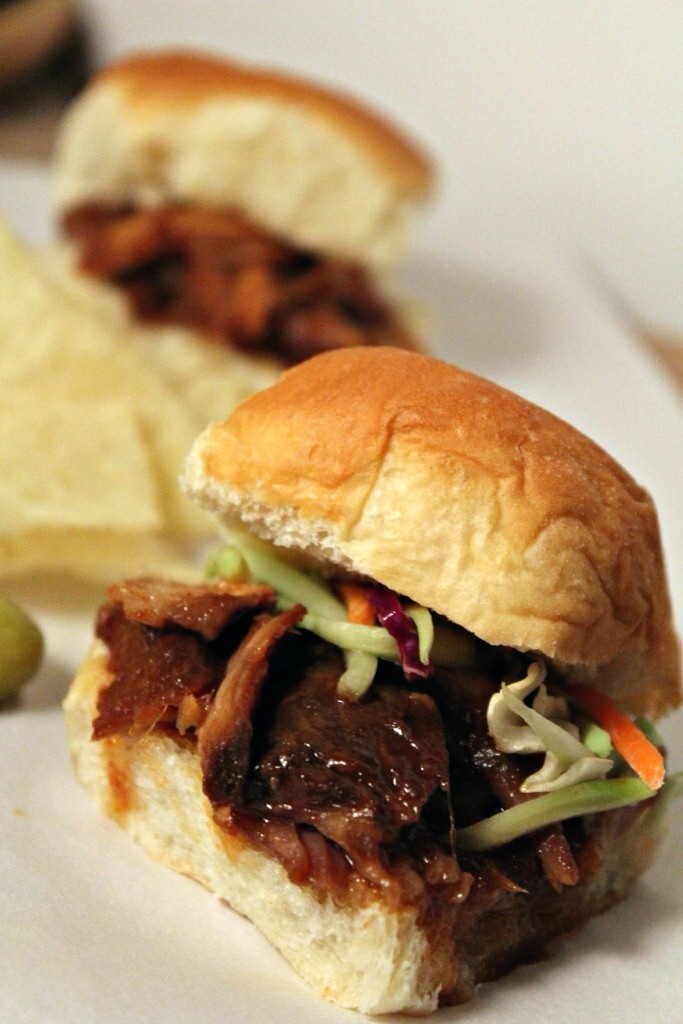 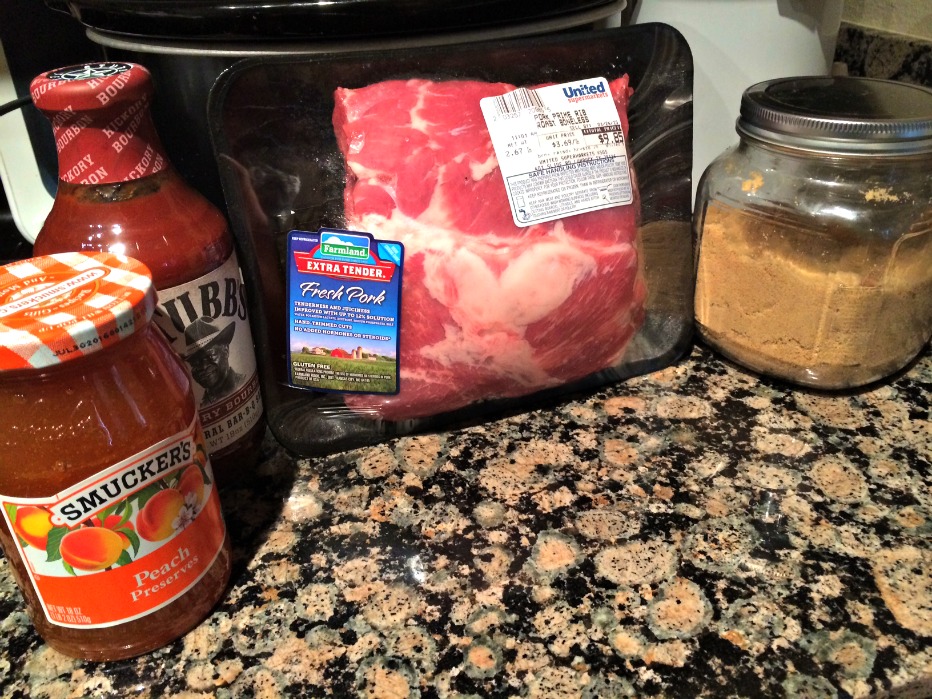 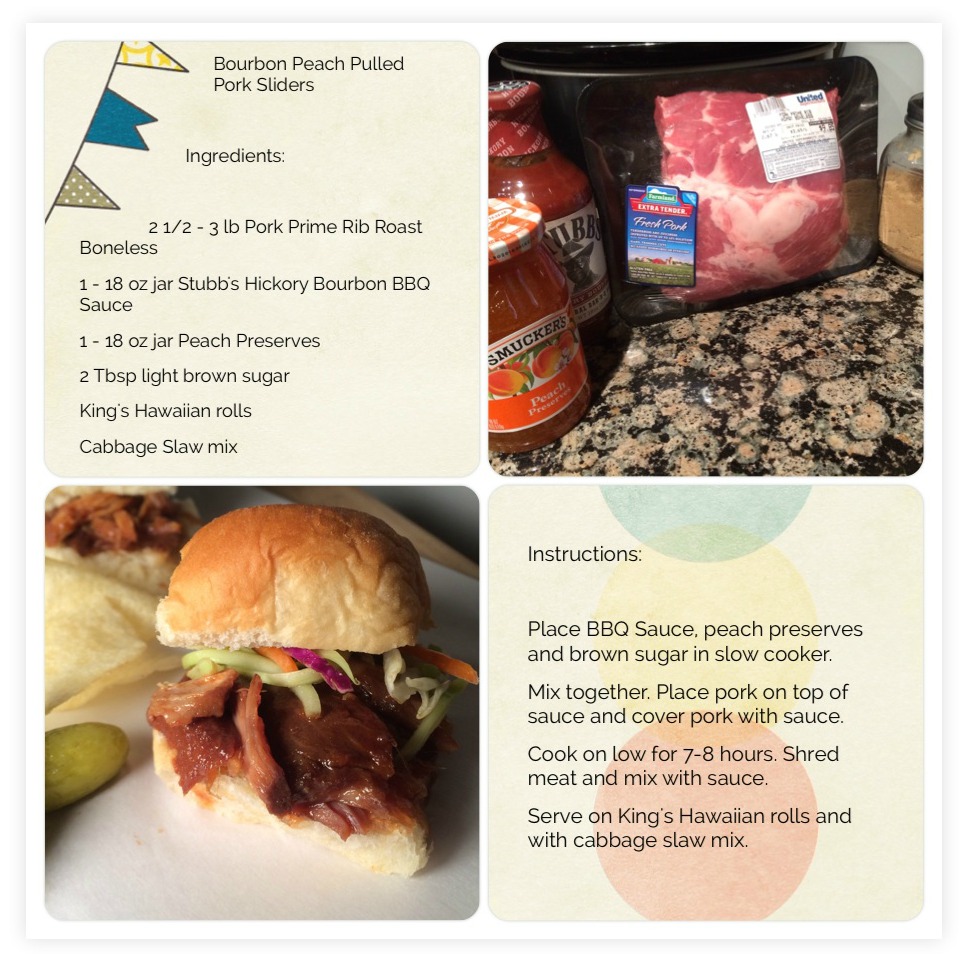