Gina over at SkinnyTaste has some of the best Weight Watchers friendly recipes out there. When she suggested this cheesecake when I asked her for a pumpkin recipe via Twitter, I wasted no time in making it. I actually went out that afternoon and got what I didn’t already have on hand to make it. Sydni and Caleb love pumpkin pie but I wasn’t sure how they would like this. I gave them a taste of the batter and they both sat down on the floor and licked the bowl clean. So simple to make and delicious. 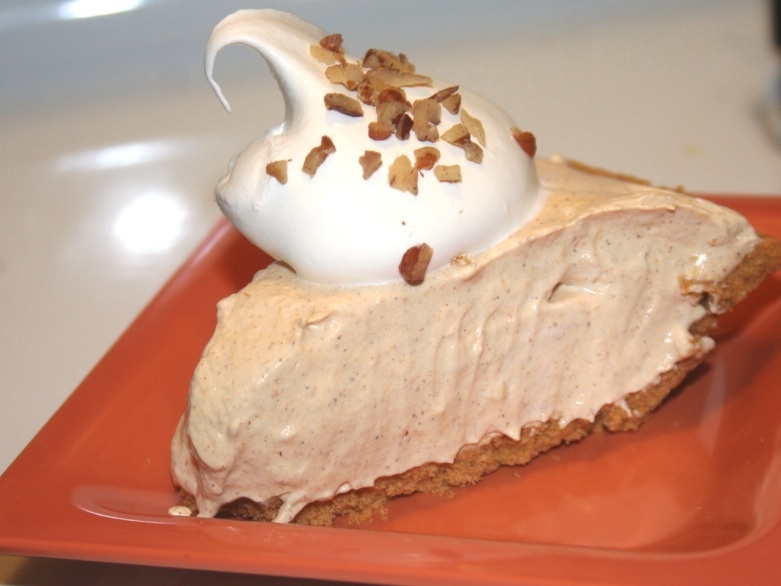 Using a large bowl, use an electric mixer and whip cream cheese, pumpkin, vanilla, cinnamon, pumpkin pie spice, and brown sugar for a few minutes until fluffy. Fold in the Cool Whip and whip until smooth. Spoon mixture into pie crust and chill for a few hours, until firm. Top with a dollop of Cool Whip and pecans.