I am such a creature of habit. One thing I love eating in the summer is Low Country Boil. But you know me, I’m always trying to find a way to mix it up a bit, so……I put an egg on it!

Oh yes I did. And let me just tell you, it was delicious! It was also what I needed after a failed massage.

Our office has been packing up for a move to a new building this past week and after the stress and some packing, I needed to relax over the weekend. But let me just tell you, this therapist was unlike any I’ve ever been to. I think she was meant to be a chiropractor instead of a massage therapist. My legs and arms were twisted in ways they usually aren’t during a massage!

Now I love a good scalp massage but I had to ask her to stop because it felt like my head was going to be snapped off. As soon as I left the massage place, I immediately called for another one to relax me from this one. Then headed to the store to get the ingredients for this hash. 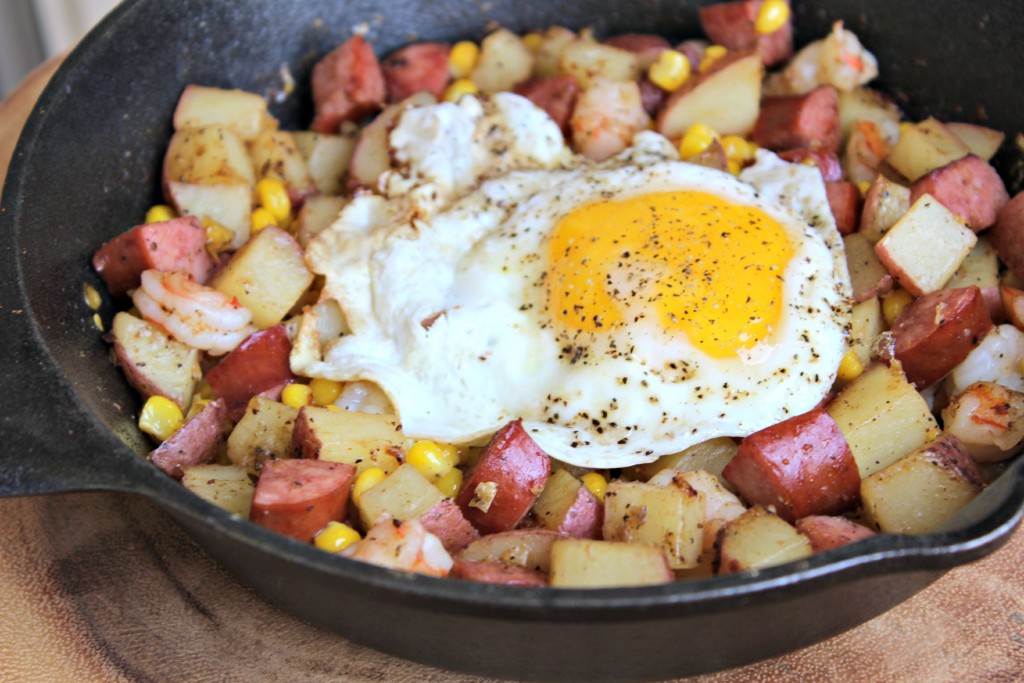 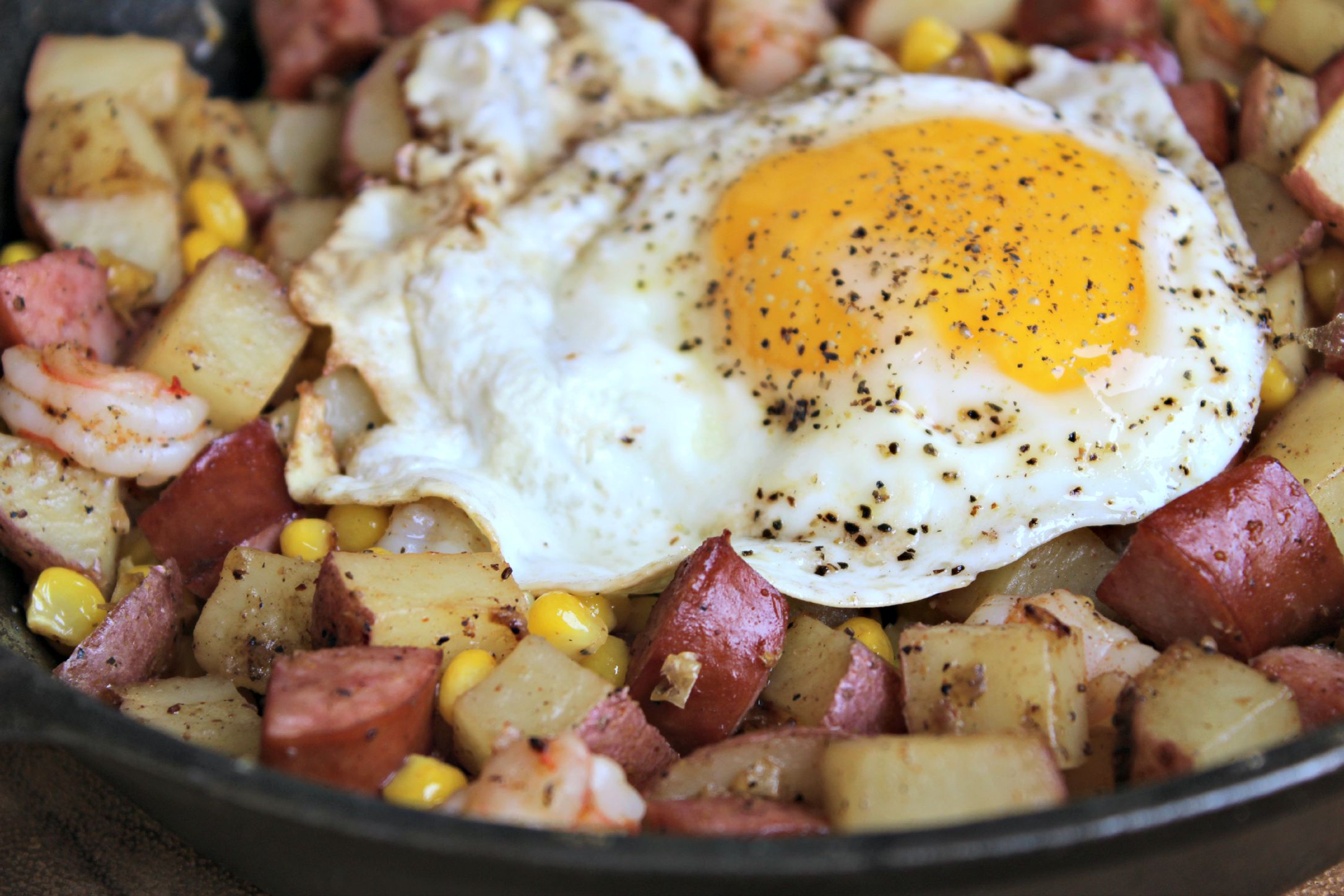 Add potatoes. Season with salt and pepper. Cover and cook for 7 minutes.

Add in sausage, cover and cook for 5 minutes.

Add corn to the skillet. Cover and cook for 5 minutes.

Toss in shrimp, mix ingredients and seasons with Old Bay, salt and pepper. Mix together, cover and cook for 3 minutes, or until shrimp turns pink.

In a separate skillet, melt butter over low heat. Cook egg until done. Season with salt and pepper.

Add egg on top of hash. 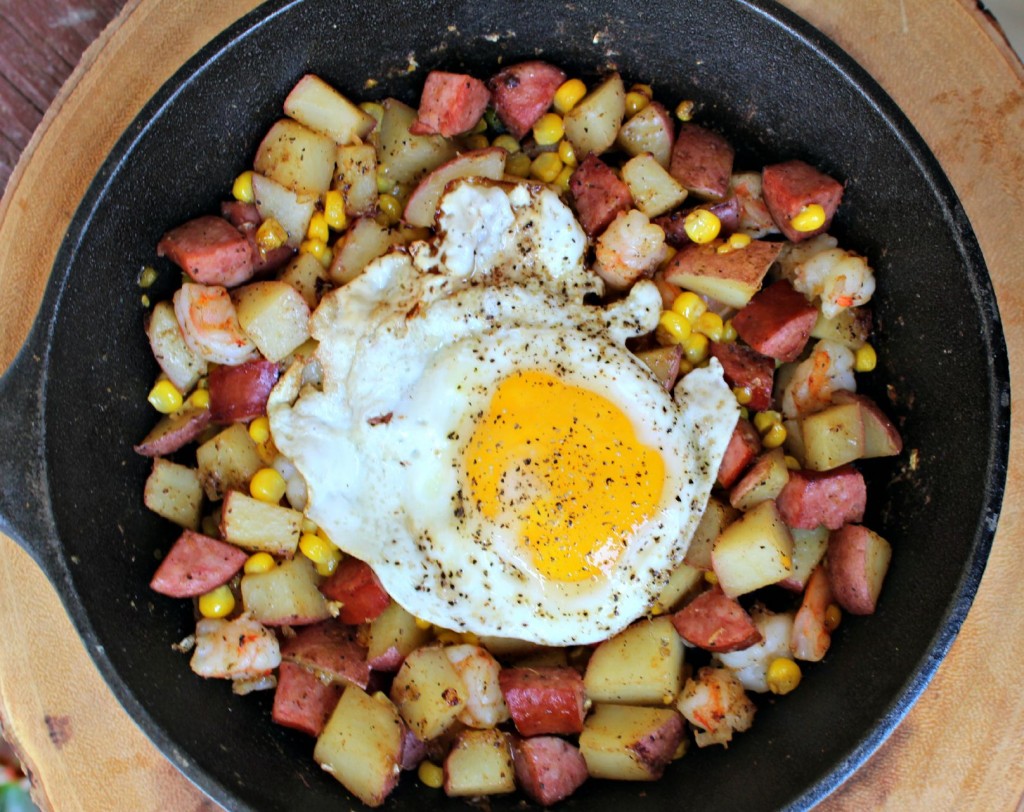 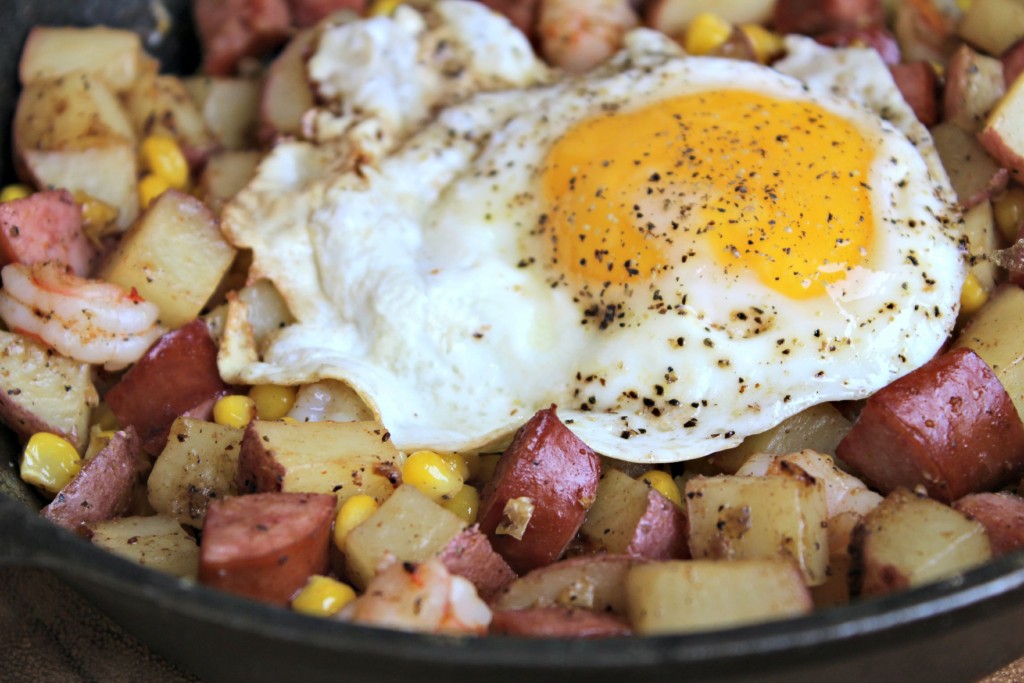