When I was a teenager, my mom used to take me shopping at the mall all the time. It was like our time together. And one thing we always did while there was grab a smoothie to drink on the way home.

Now whenever I have a smoothie it brings back fond memories. When Hamilton Beach recently sent me two smoothie blenders – a Single Serve Blender and Smoothie Smart Blender – to try for #Smoovember I was thrilled. The kids even more so.

You know my love for pumpkin so, of course I had to make a pumpkin smoothie. This was like a pumpkin pie was just blended together – it was that good. I should have put some graham cracker crumbs on the top! Next time.

Both blenders worked amazingly and were so simple to use. The kids especially loved the Single Serve Blender because it was smaller. Everything for one serving fits in the removable cup so you can make it at home (or work) and just take it with you. Simple.

I’m so excited that Hamilton Beach is giving one of each of these away to two lucky readers! See details after the recipe. 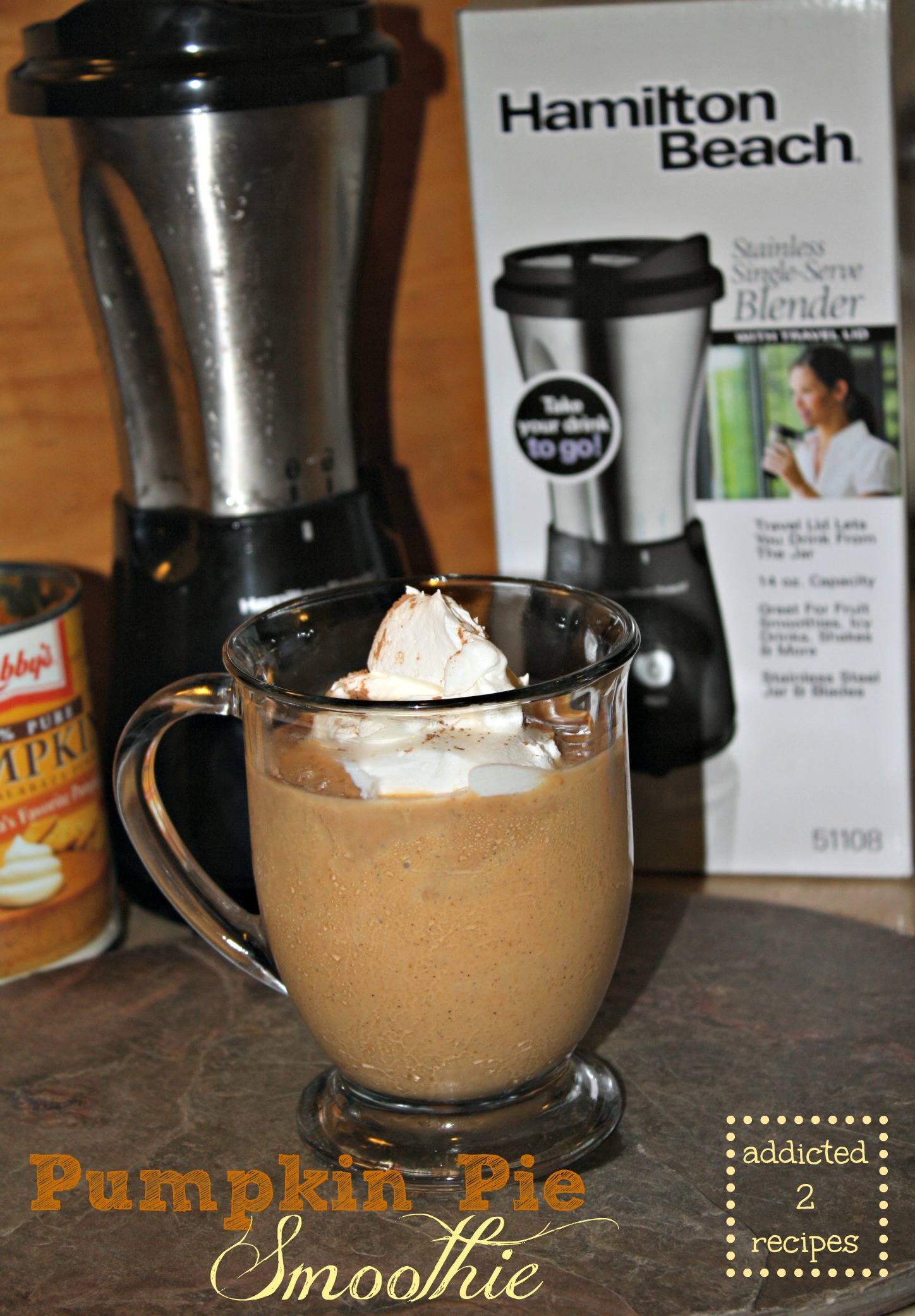 Add all ingredients to the Single Serve Blender and blend until it reaches the level of consistency you like.

THE CONTEST HAS NOW ENDED.

Now for the giveaway: 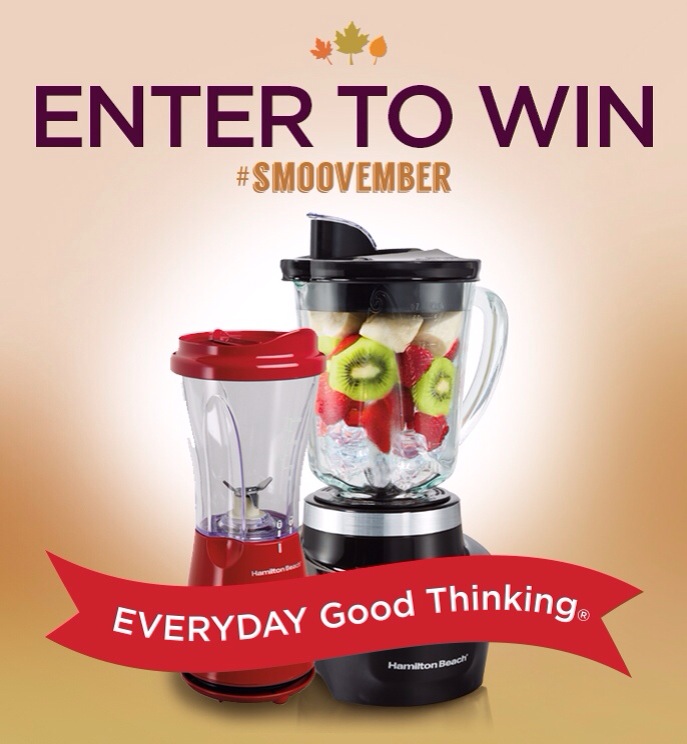 I will randomly pick two people from qualified entries to receive either a Single Serve Blender or a Smoothie Smart Blender.

Complete the following for more chances to win:

I will notify the winners via email. If the winner does not respond within 48 hours another winner will be chosen.

Hamilton Beach provided me with both blenders to try and I have not been compensated otherwise. All opinions are my own.