So this year I finally conquered my fear of the grill. Well, partly. Every time a flame flares up I still want to get out the fire extinguisher and let it rip, but I’m getting there.

This past weekend I felt comfortable enough to roll the grill out onto the rocks – away from my patio – and start it. Even though the flame didn’t catch on the first try, I didn’t give up. I pushed that button in again and whoosh it started.

Yes, I still have a lot of work to do on controlling the temperature and not burning everything to a crisp, but it’s a work in progress.

I’m still waiting on Bobby Flay to call me to come to his place and learn how to grill. Grilling 101 for chicks per se. Can’t that be a thing?

Anywho, I put together these foil packets, aka hobo packets, because that’s what I do. I throw everything in foil and cook it up. And it works.

Simple, delicious, and no mess cleanup. That’s me. 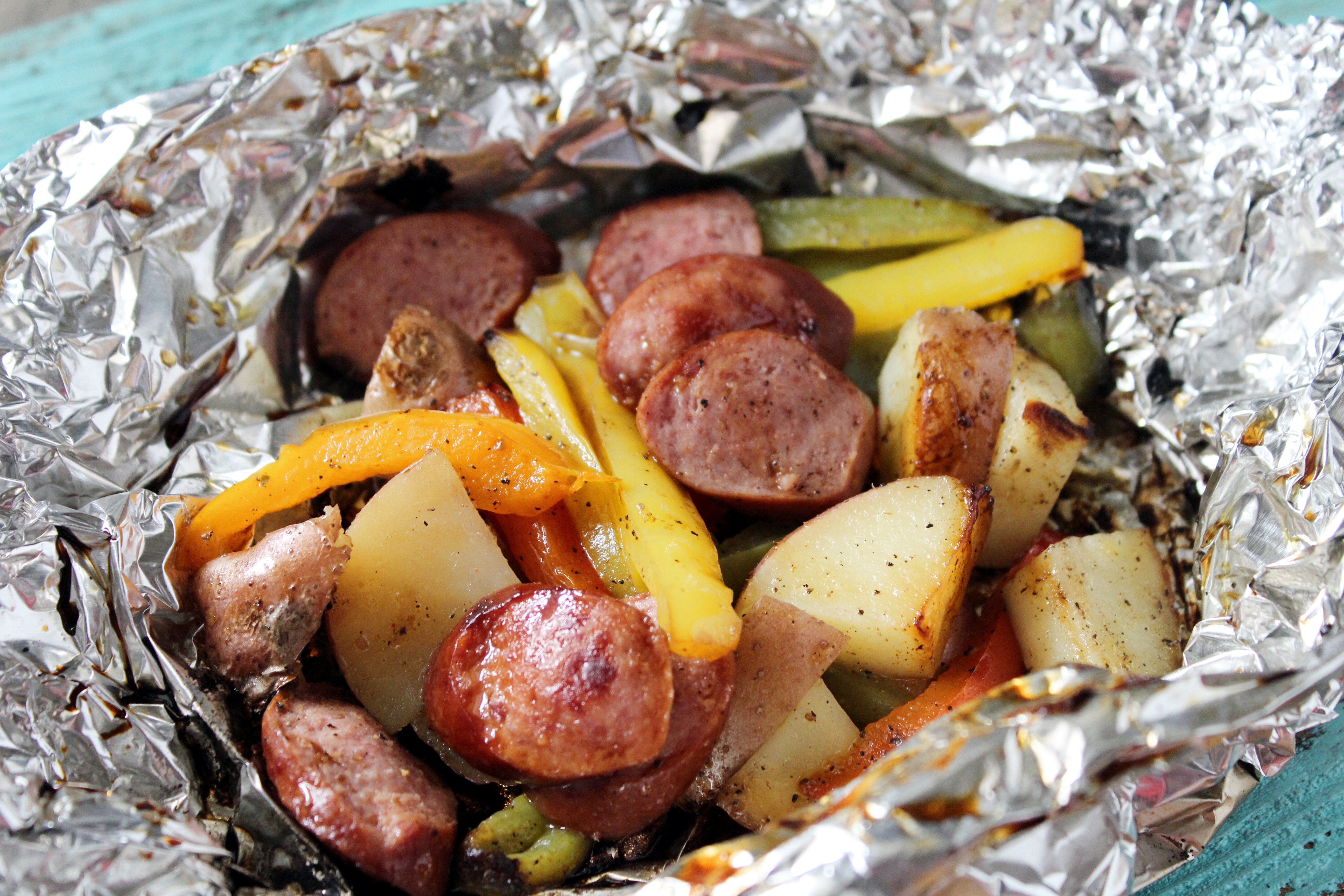 Place potatoes and bell peppers in a mixing bowl. Drizzle olive oil over vegetables and toss to combine. Season with salt, pepper and Old Bay. Toss to combine.

Take two pieces of heavy duty foil and divide vegetables between both packets.

Divide sausage among both foil packets and place on top of vegetables.

Bring the long ends of foil together and fold down. Fold in ends to make a packet.

You can also make in the oven: 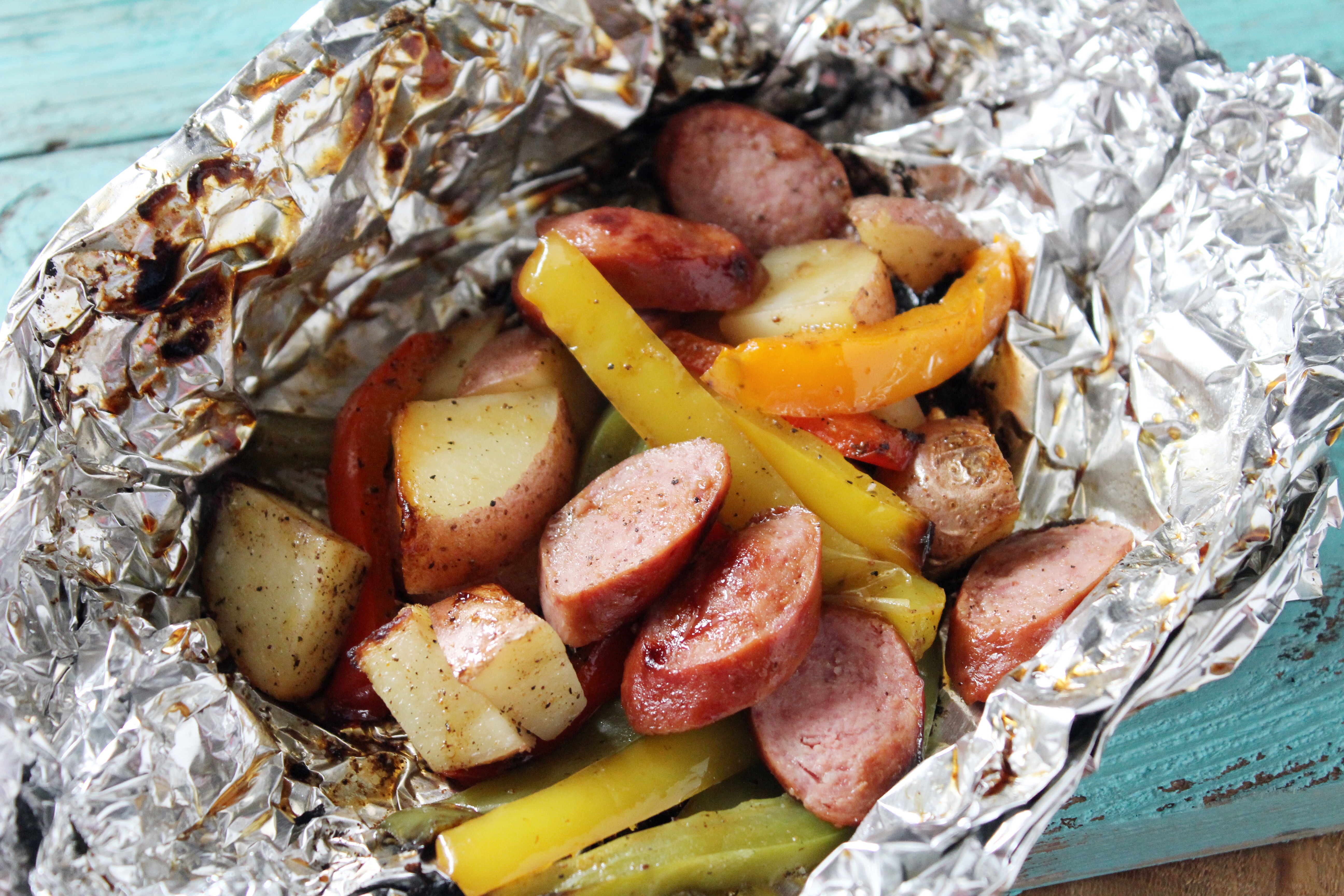