Have you ever been apple picking? I always wanted to go and had this vision from the movie Baby Boom of it being something so sweet and fall-like. Yeah, that didn’t happen for me. I went last year but all the good apples were gone. The only ones left were on the ground and had bites in them. Not good. So I’ve left my apple picking to the store. But I know that movie apple picking does exist because I’ve seen pictures all over Instagram.

This here dish is perfect for after dinner with your sweetie or just for yourself. It’s quick to bake up and the cinnamon, maple syrup and pecans combination is perfection and fall-licious. If you’ve never had baked apples, you have got to make this. It will become a regular in your house. 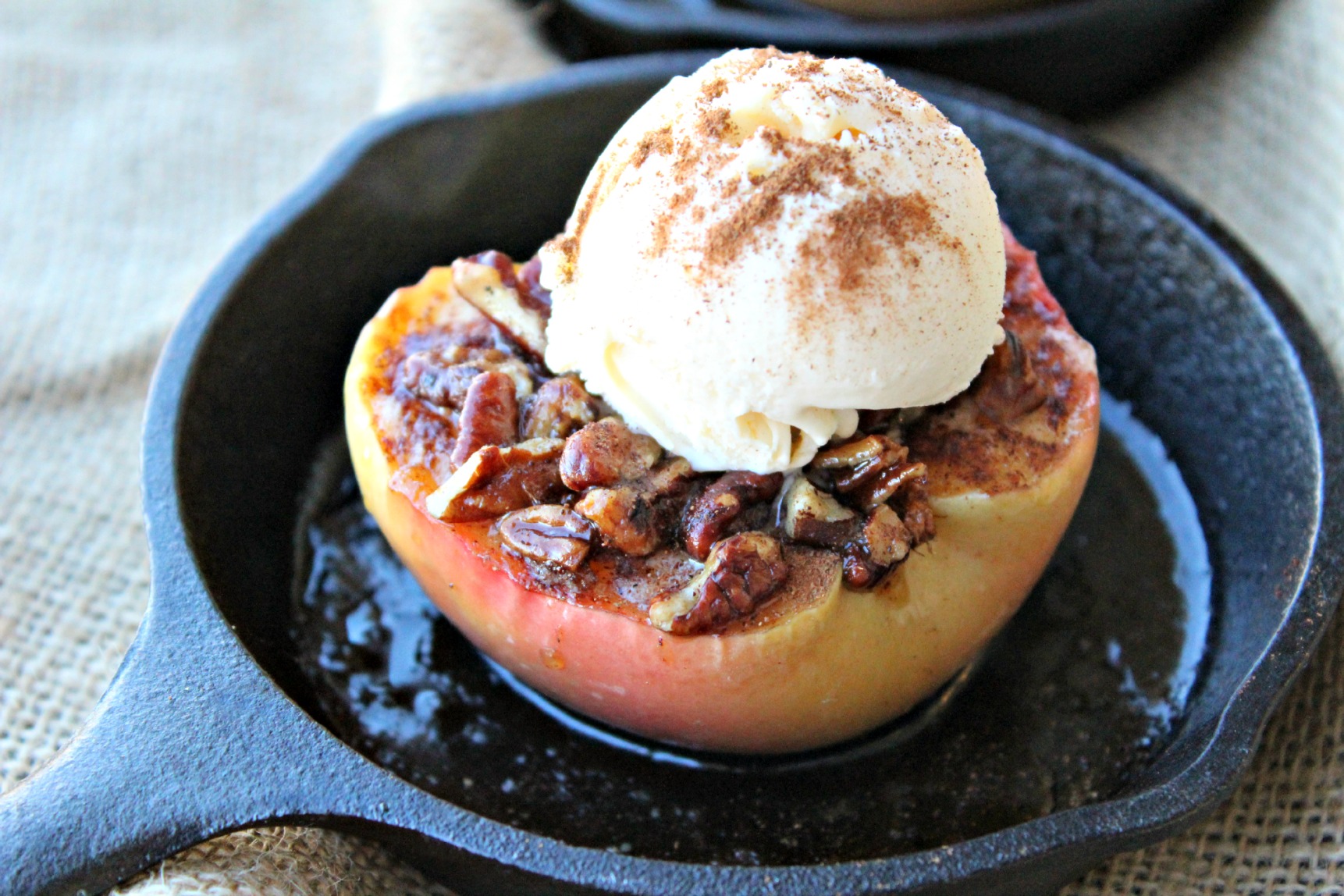 Cut apple half and scoop out the seeds. Place apple halves in small Cast-Iron Skillets

In a small bowl, add brown sugar, cinnamon and pecans. Toss together. Sprinkle over both apple halves. Drizzle maple syrup over apples.

Place cast iron pans on baking sheet and put in the oven. Bake for 35 minutes.

Serve with ice cream. Sprinkle some cinnamon over ice cream. 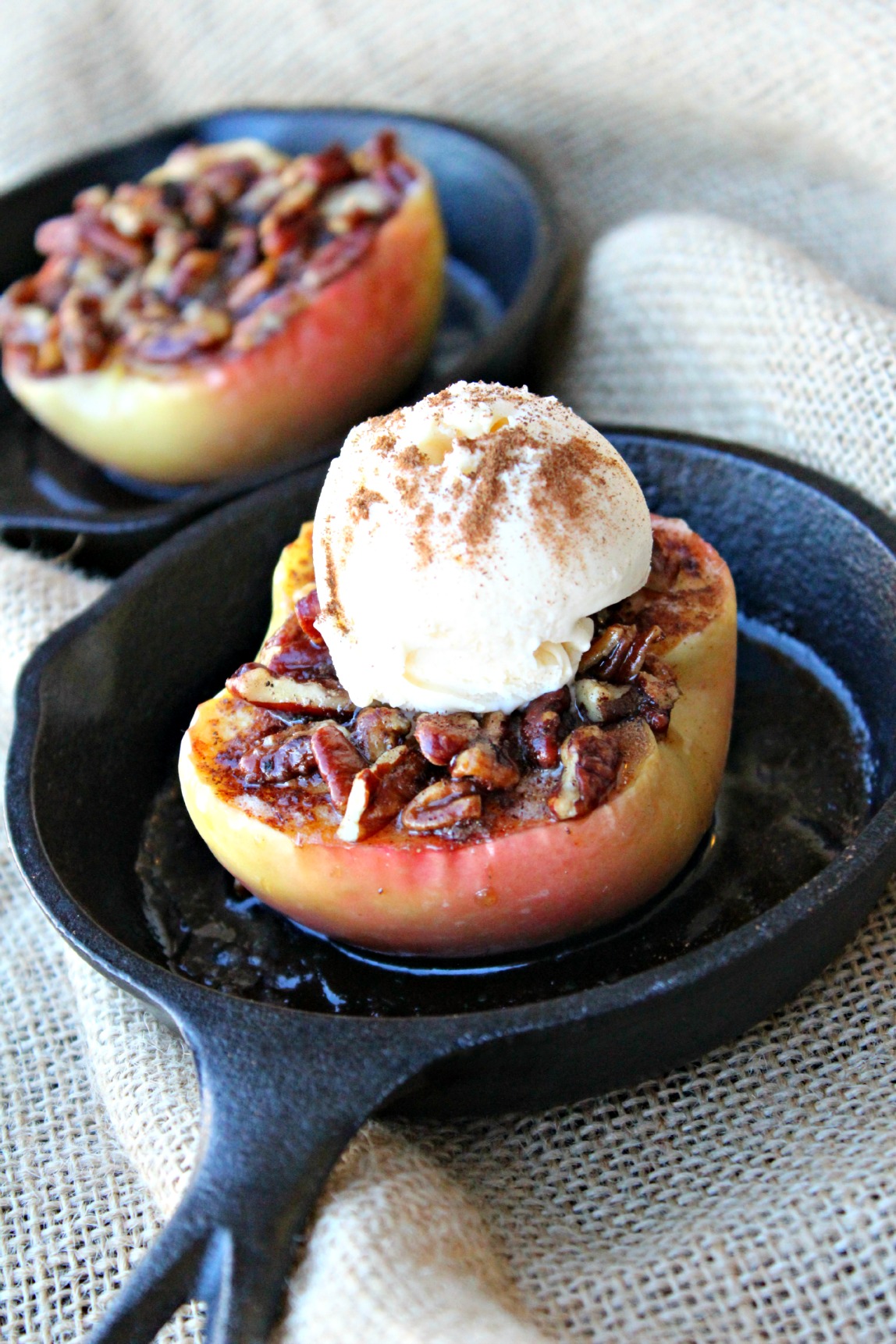