So last week in Lubbock, I had an opportunity to try a place I’ve been dying to try ever since I first saw their photos on Instagram – Evie Mae’s Barbecue. 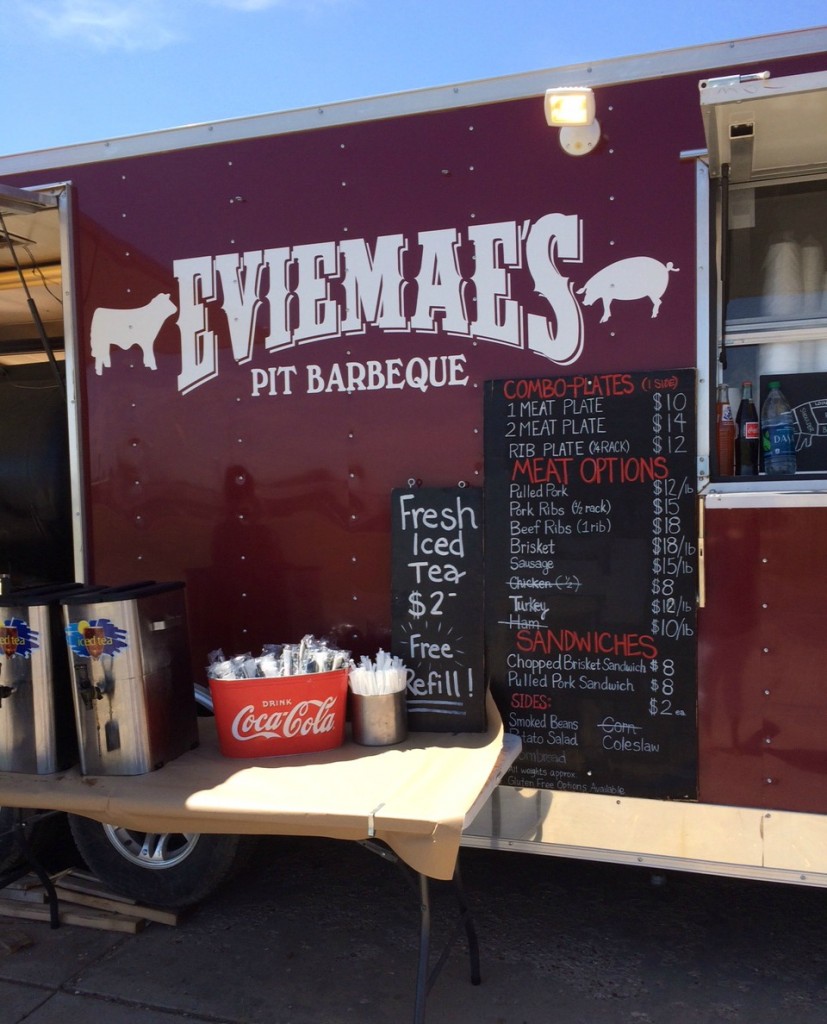 Yes, it’s a food truck but have you noticed some of the best tasting food comes from food trucks? Plus they have an indoor place you can sit at to eat too. And the decor is perfect for the eats. 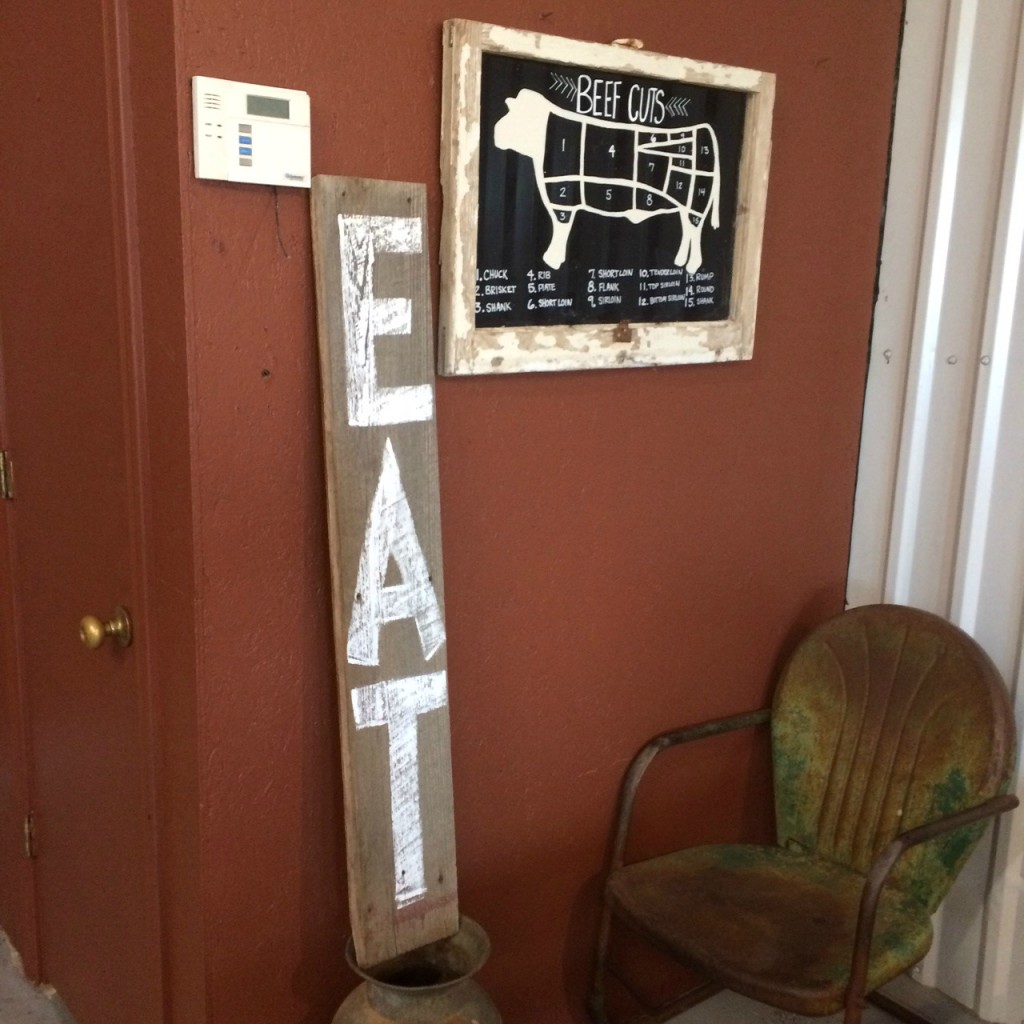 I mean just look at how cute those painted cows are! And Mallory and her mom painted them! 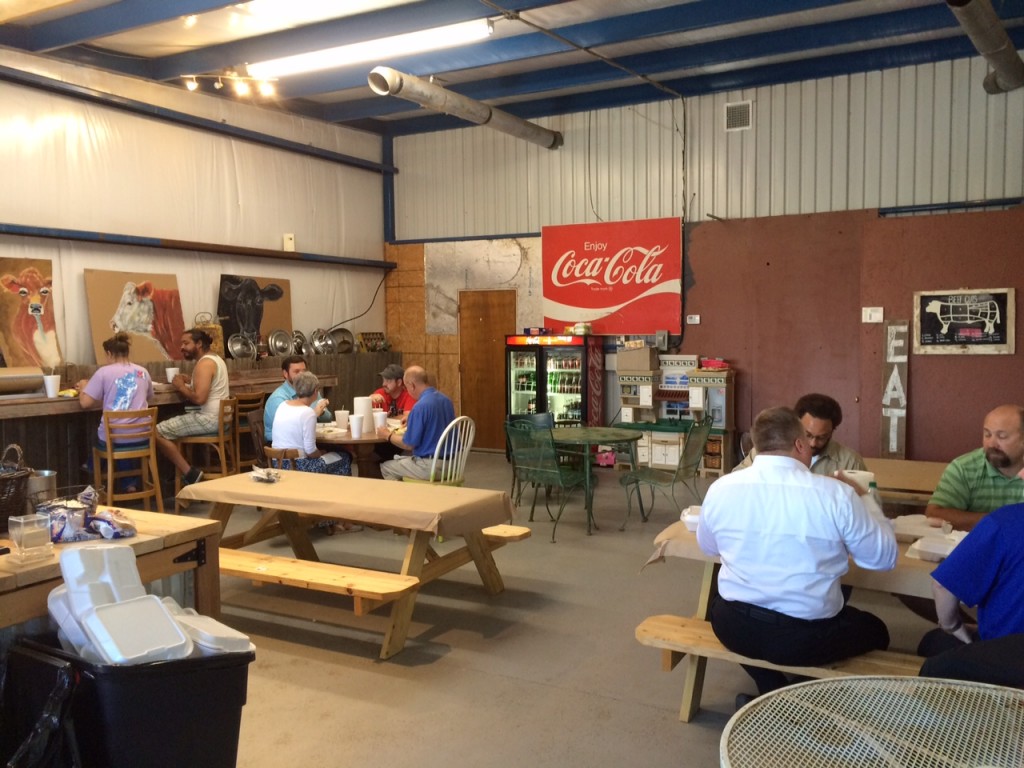 This incredible food truck is in Wolfforth, Texas right outside of Lubbock. Word has gotten out about this place because the day we came, there was a steady line of people wanting to get their meat.

Arnis and Mallory Robbins own this smoking truck and they are the sweetest people around. Arnis handles the barbecue and Mallory makes the sides and desserts. 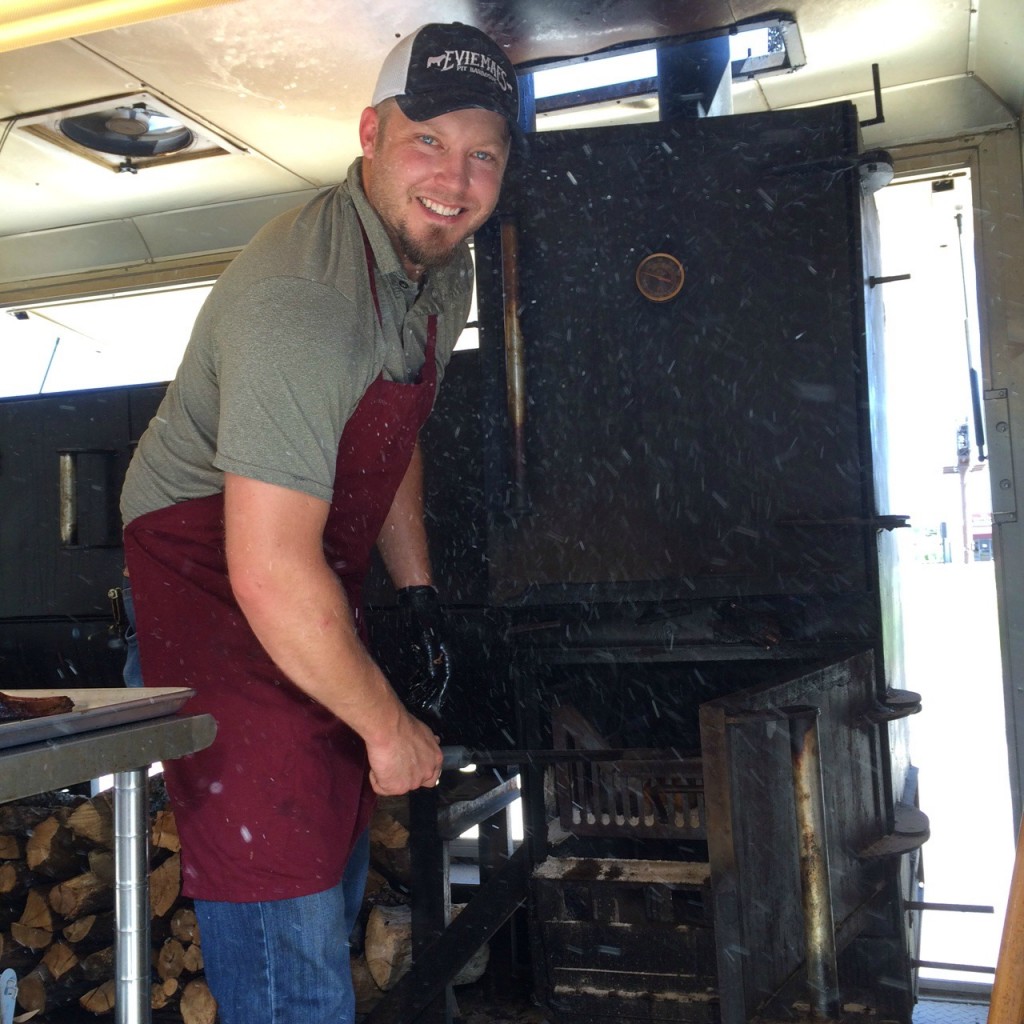 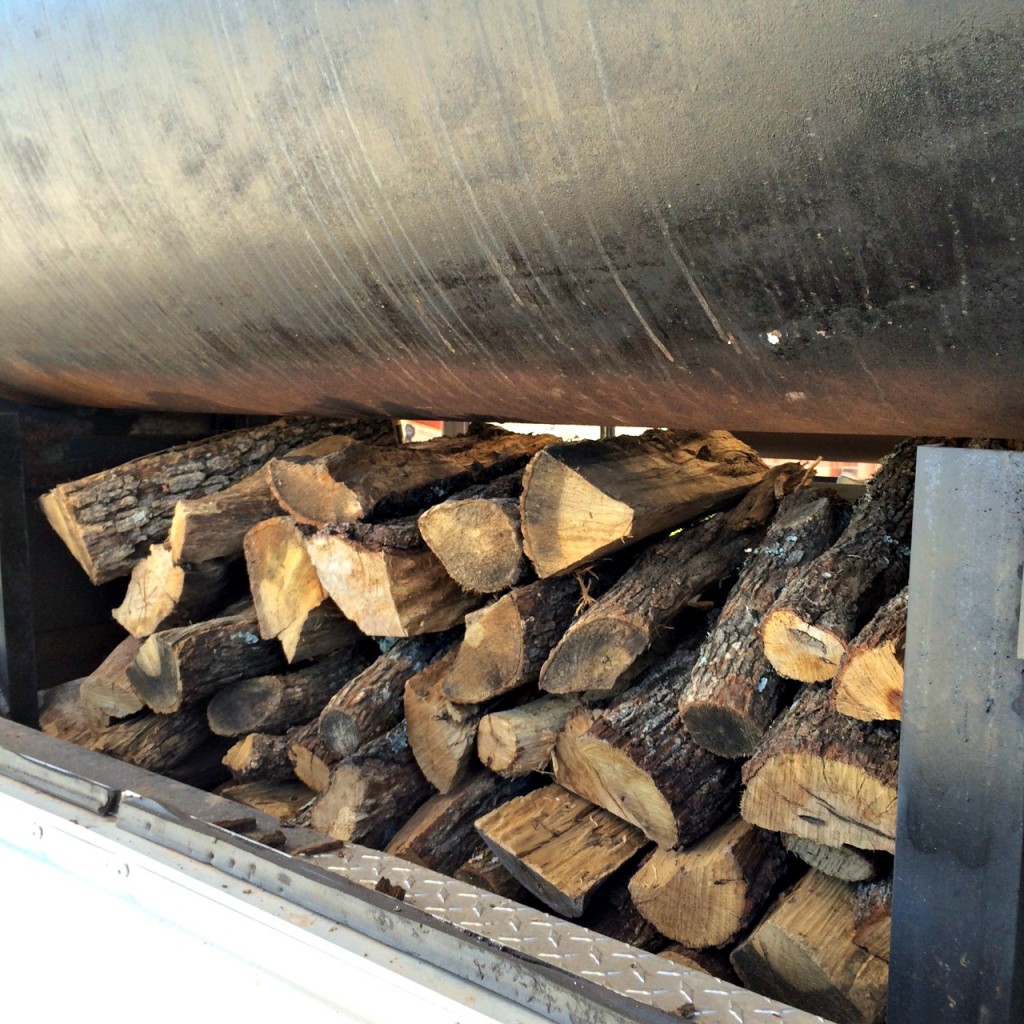 For my meal I had their brisket and my side dish was the beans with an extra side of cornbread because, hello cornbread! Who says no to cornbread?

Oh man. Living in Central Texas I know good barbecue. We have some of the best barbecue anywhere but let me tell you, Evie Mae’s could go up against any of them.

Among those I went with, we had brisket, turkey and a beef rib. As soon as I saw the brisket I knew it would be good. It was ah-mazing. This brisket was moist and flavorful and had the right amount of bark to it. It was seriously some of the best brisket I have ever had. In fact, I’m getting some to take home to my dad this weekend. 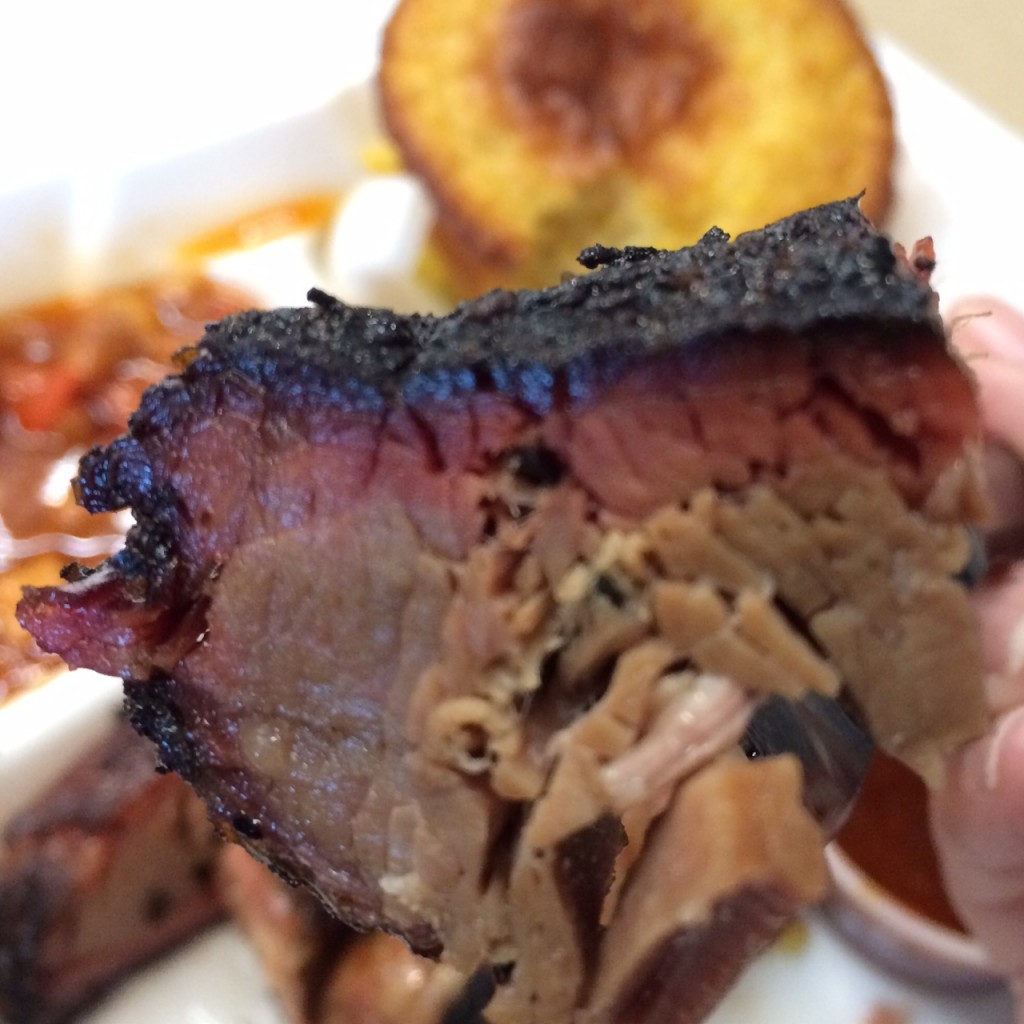 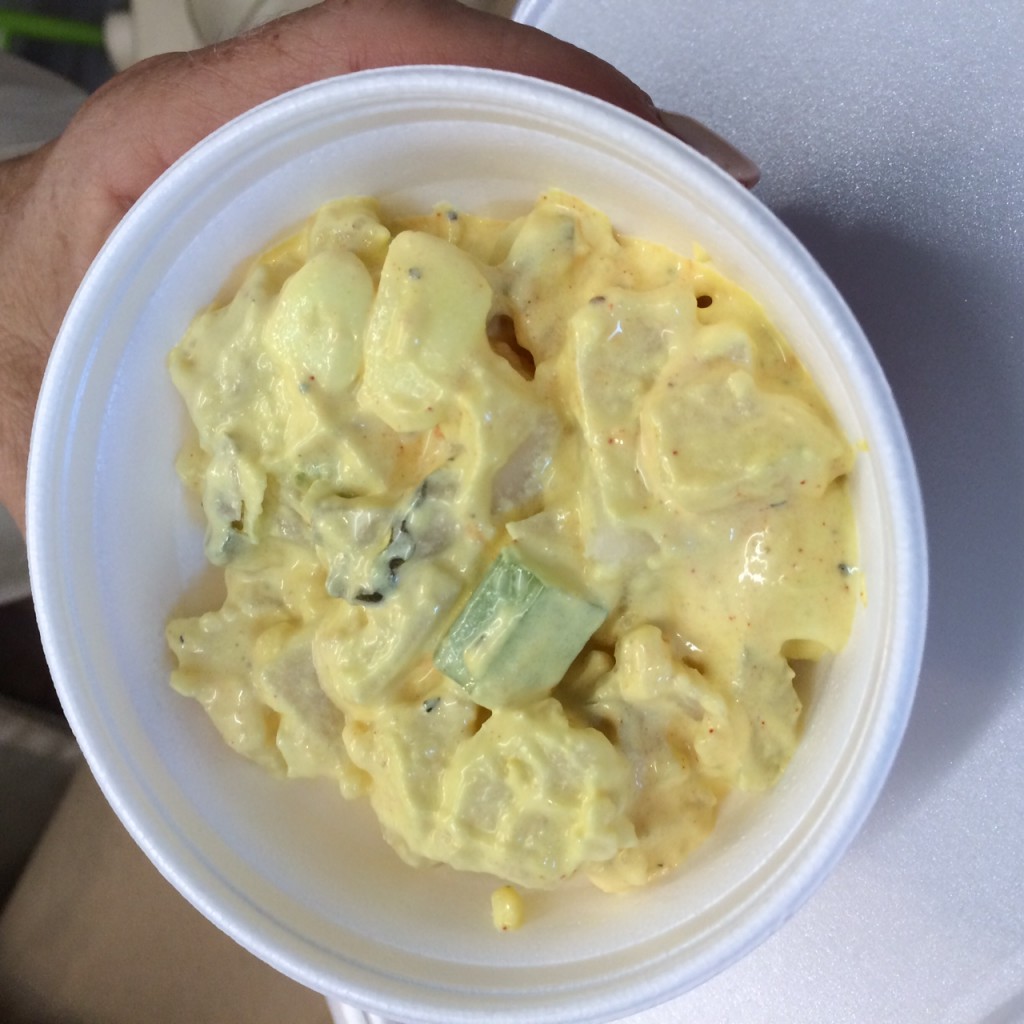 The ones who had the turkey and beef rib also raved about their selections and were already contemplating when we could go back and we hadn’t even left yet!

I mean just look at that brontosaurus size rib!

The beans were tasty on their own but the standout was the cornbread. I can’t even describe it accurately but this is something you need to try. That is a recipe I need to get.

For dessert we had the chocolate pecan pie and there wasn’t a crumb left after we got through with it. I knew we should have gotten an extra one.

So if you are ever in West Texas, go ahead and do yourself a favor and stop in at Evie Mae’s. Bring a cooler because you’ll want to take some on the road with you.