I love bananas but they have to be firm for me to eat them. And I usually buy two at a time so if one goes bad, I don’t keep it. I know, I know that’s bad but until recently I really had not been a fan of freezing things so the only other option was to throw it away because I just couldn’t eat it.

So, when I came into work on Monday and saw that I had left a banana over the weekend and it had turned brown, rather than chucking it I went in search of a banana bread recipe I could adapt. This one is great with either one or two bananas, just depending on how banana-y you want your bread. Oh man, this could be dangerous because I can see myself making this every time I have an overripe banana now.

And ok, technically it could feed four but you know you’re going to want seconds. 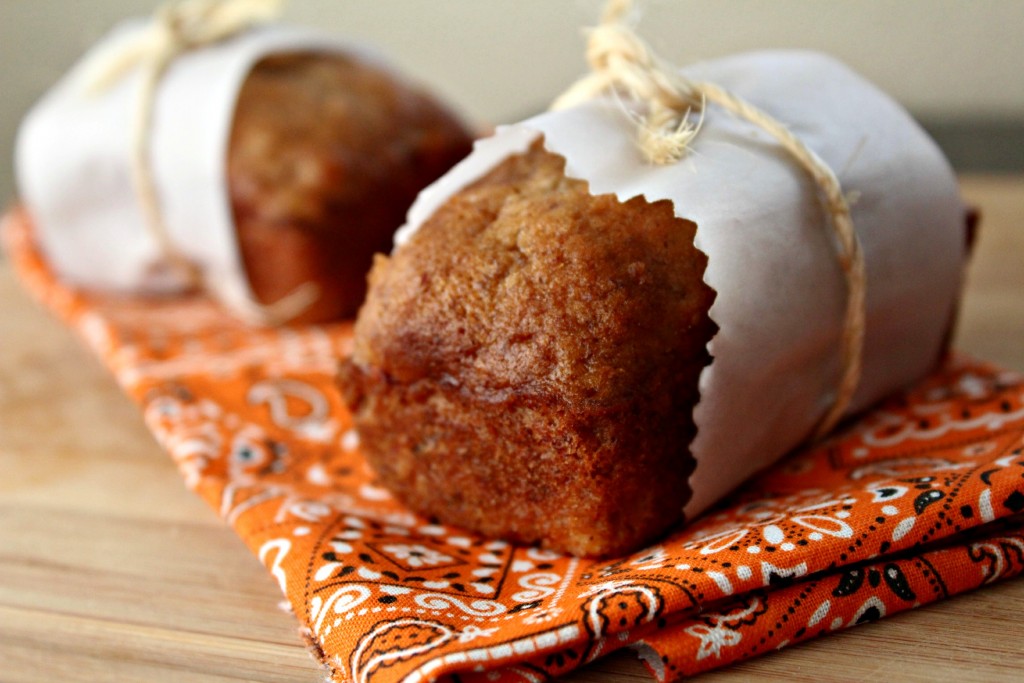 In a small bowl, add flour, baking soda and salt. Whisk together and set aside.

In a medium mixing bowl, add banana and sugar. Note: if using 2 bananas, save one to add later.

Using an electric mixer with a wire whisk attachment, whip banana and sugar for 3 minutes.

Add in melted butter, egg, vanilla and cinnamon. Beat together. Add in dry ingredients and mix until just incorporated.

If using another banana, mash it with a fork and add banana and pecans to mixture and fold in. If you want to really taste pecans in every bite then put in 3 Tablespoons.

Bake for 20-22 minutes, until golden brown and a toothpick inserted into the center of the loaf comes out clean. Rotate the pan halfway through to ensure even browning.

Cool mini loafs in the pan for 10 minutes and then turn out onto a wire rack to cool completely before slicing. 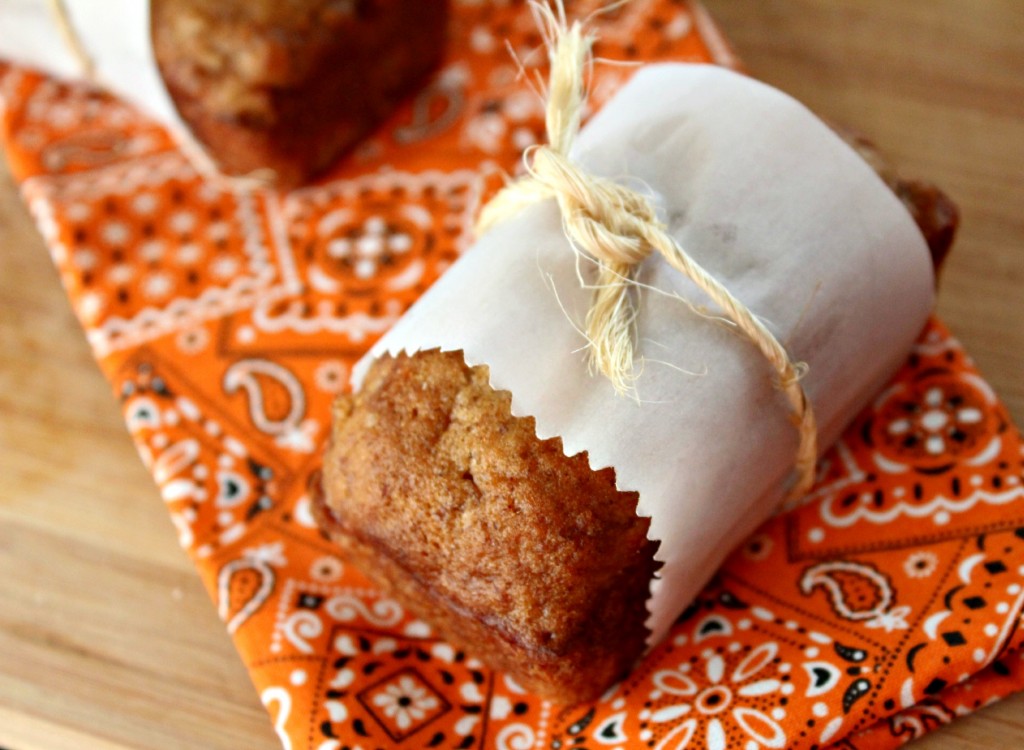 * Affiliate link is used in case you want to use the same pan that I have.